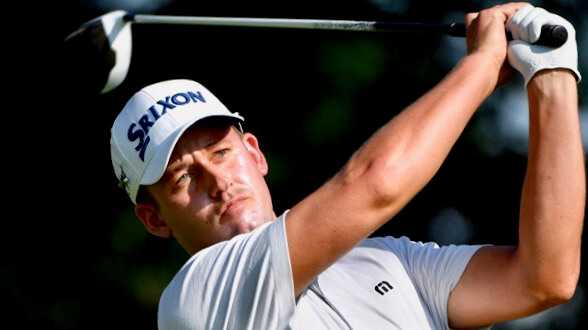 University Place golfer Andrew Putnam vowed never to step foot in Augusta, Georgia unless he was a welcomed guest.

At the Masters Tournament.

Even under the strangest COVID-impacted conditions – a no-patron, moved-to-November Masters – Putnam, 31, found the feeling overwhelming when he drove up Magnolia Lane to Augusta National Golf Club on Saturday afternoon as a tournament rookie.

The scenery was stunning, just like he had envisioned it for so many years.

“It felt like you were walking into a cathedral,” Putnam said. “It feels holy, for a golfer.”

Putnam tees off at the 84th Masters at 9:11 a.m. PST on Thursday with former tournament winner Jose Maria Olazabal and James Sugrue, the 2019 British Amateur champion.

Known for being quite methodical in his preparation, Putnam didn’t arrive this week asking for tips from reigning Masters champion Tiger Woods, or a few of his big-name close friends.

His preparation started with casual conversations a few weeks ago – with cousin Greg Bodine, who was in the final round of the 2019 Masters as a caddie for Tony Finau.

“I’ve roomed with Greg the last couple weeks on he road, and he gave me his yardage books,” Putnam said. “Last week, I started looking through them. I asked him a couple of questions. But it’s hard to know what to ask until you see (the course), and play it.”

The former three-time WIAA state boys golf championship from Life Christian Academy, Putnam, a PGA Tour winner, did not play after arriving on the hallowed grounds for the first time Saturday. Instead, he was given his pre-tournament COVID-19 test.

On Sunday, he played nine holes – by himself.

“It was shaggy and a little rough … and that is because they’ve only had a month to grow rye grass,” Putnam said. “But after playing (Tuesday), it is quite a bit different now. The greens are perfect.”

Putnam played a practice round Monday with Lucas Glover, whose caddie Don Cooper is an Augusta native – and a former club caddie for more than a decade.

He also played with 2019 U.S. Amateur champion Andy Ogletree, who has 10-15 rounds at Augusta National under his belt.

“And the end of the day, it is just a golf course. We prepare for golf courses every single week, so we know how to (scout) it. It is just a little extra work here.”

In the absence of patrons, golfers are allowed to have one person follow them during their tournament rounds.

That is quite a decision for Putnam, who is renting a house in Augusta this week with his parents and his own family.

But on the urging of Putnam’s wife, Tawny, that pass was given to Karin Putnam – Andrew’s mother.

Dan Putnam, Andrew’s father, will also be allowed to follow along as his swing instructor.

“He has been more in awe than I am,” Putnam said. “I mean, he’s had two PGA Tour golfers as kids … and finally one of us got here for the old guy.”