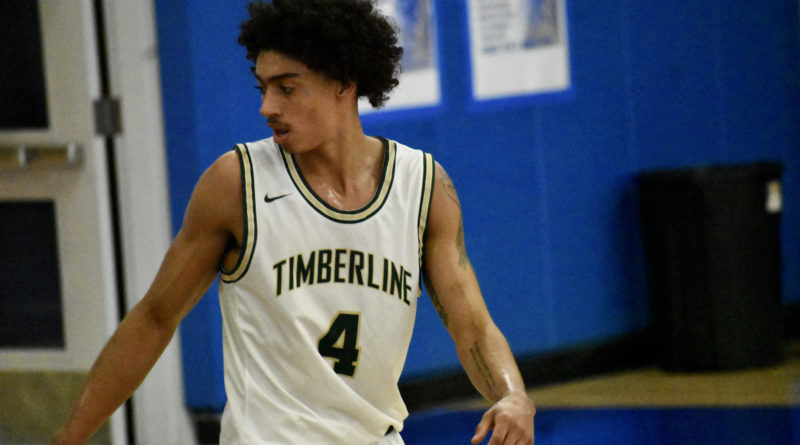 Timberline standout Brooklyn Hicks, maybe the most explosive guard in Washington, credits flexibility for allowing him to develop jump-out-of-the-gym bounce.

There’s a reason for it, and it’s a daily practice he’s adopted over the last year: yoga.

“If you’re a hooper and you want to get more athletically gifted, it’s something I’d definitely look into,” Hicks said. “It’s changed my life, changed how I jump, changed how I move.”

North Kitsap senior and Seattle Pacific commit Jonas La Tour caught wind of Hicks’ yoga routine when the two were in North Augusta, South Carolina over the summer playing for Seattle Rotary at Peach Jam, the top annual grassroots tournament in the country.

Then La Tour was forced to return home to Washington early due to debilitating back pain stemming from suffering a spinal fracture and wedged vertebrae. He spent three weeks with little movement, the rest of the summer in physical therapy and has had to learn to play through a modicum of pain as he’s led the Vikings, SBLive’s top-ranked 2A team, out to an 8-2 record and 4-0 start to 2A Olympic League play.

So La Tour asked Hicks about his routine and the benefits he’d experienced. He was a little hesitant at first, mainly because he didn’t know much about it. But when his physical therapist suggested he incorporate yoga into his recovery, he was sold.

“I’m more confident off of two feet, I’m able to maneuver in the air a little better,” La Tour said, “then I also feel if my back didn’t hurt the way it did, (the athleticism) would be there even more.”

Hicks first discovered yoga while perusing YouTube and had heard NBA players talk about the practice, as well as the benefits of mindfulness meditation. On game days, he practices yoga when he gets home from school, before leaving for the pregame shoot-around.

“I was like, ‘if I want to play at that level, I might as well start doing it now,’ ” Hicks said.

La Tour said yoga, along with calf raises, have helped him improve his vertical leap, and in part credits Hicks for getting him hip to the practice. Yoga also makes up about 25 percent of his physical therapy and pain management routine.

Both said the practice has helped alleviate the bumps and bruised that come with playing high-level competitive basketball year-round.

It took a spell of good timing — and a little luck — for brothers Joe Callero, the first-year coach at Rogers (Puyallup) and Tony Callero, in his second year at Chelan, to wind up coaching on the same stage again.

“He’s always been some place, and I’ve been (another) place, so we’ve always had conversations about the kids we’re coaching,” Tony Callero said.

Both have enjoyed long coaching careers with many pit stops. Tony Callero coached at Dayton, Kittitas, Kelso and Ellensburg early in his career, then spent three years as the head coach Auburn, followed by 18 years as an assistant for the Trojans.

After a two-year break, he took over at Rogers in June — his first high school gig since the mid-90s, when he was Sumner’s head coach for three seasons. He was drawn to working with youth and laying roots down in a community.

The biggest adjustment, Joe Callero said, is navigating the unpredictable nature of a season jumbled around by COVID-19 — something not even 25 years coaching college basketball can prepare one for. The Rams (6-4) have already taken a two-week pause.

“It’s probably the most challenging position I’ve had from a personal standpoint, not a coaching standpoint,” Joe Callero said. “You’re dealing with 13-to-18-year old boys going through an international pandemic and trying to play basketball.”

Tony Callero recalls sitting with his brother and some coaching friends at the 2020 WIAA state basketball tournament as the pandemic brewed, and all of them speculating where they would be in a year.

It all worked out — just not the way either forecasted.

“Everybody made their predictions and I don’t think anybody got it right,” Tony Callero said.

Maleek Arington out indefinitely for Auburn

Standout guard Maleek Arington is out indefinitely after suffering a grade two PCL tear and a small tear in his medial meniscus on the same leg, according to Trojans coach Ryan Hansen.

Though there’s not a specific timetable for the return of the 6-foot-3 guard, a three-year standout, Hansen is hopeful he’ll be back to 100 percent by the postseason. No surgery is required.

The injury took place on Dec. 21 against Garfield in the Hardwood Invite finals, Auburn’s lone loss of the season. Arington tried to play through it, but enough pain and swelling lingered for him to step away and seek medical evaluation.

That leaves the Trojans (10-1), SBLive’s No. 2 team in the state across all classifications, without a key member of its core for 3A North Puget Sound League play.

As some districts move to restrict fans, WIAA pleas for masks

The dark cloud of COVID-19 continues to linger — and intrude — on the first full high school basketball season in two years.

The WIAA is charging ahead with plans to host winter state championship events, but has started issuing warnings, and contingency planning behind the scenes amid a surge of the COVID-19 Omicron variant, as cancellations and program pauses continue to sweep the state.

This week, the association is sending a clear message to fans who aren’t adhering to the state’s indoor mask-wearing rules: Don’t ruin this.

Schools have received communication from the state association reiterating the importance of following and enforcing mask-wearing as the virus surges. The Washington State Department of Health has decided not to issue any broad statewide spectator bans, so long as masks are being worn, but some districts are taking measures at the local level to limit or shut out spectators altogether.