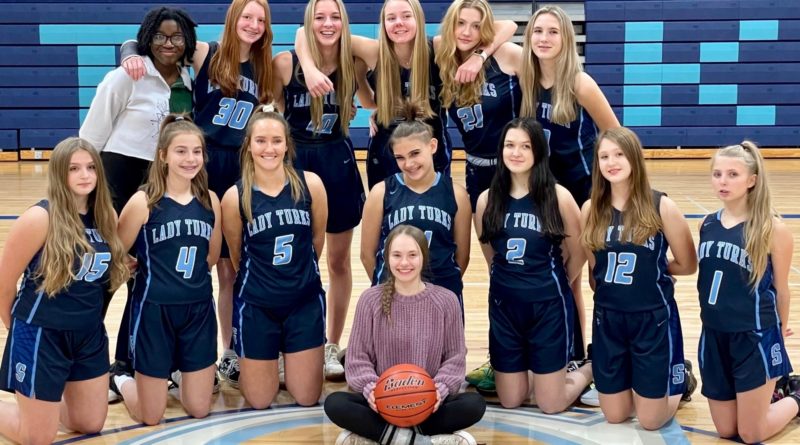 It’s been more than a decade since Sultan High School girls basketball has dared to dream big.

The Turks have a reason to this season.

Off to a 7-0 start, Sultan is leading the Emerald Sound Conference second-tier Coho Division, but has the personnel, led by do-everything guard Grace Trichler, to legitimately jump up and contend for a Class 1A playoff spot.

Fourth-year girls coach Todd Weideman thinks this is his most talented roster, even with nine ninth graders.

It all starts with Trichler, the daughter of Sultan boys coach Nate Trichler. The four-year starter is a career 1,000-point scorer, and leads the squad with her 23.6-point per game average this winter.

“She’s grown into being a complete leader and ballplayer,” Weideman said. “She is our floor general.”

At times, Weideman will flank his standout with four ninth graders on the floor.

“Shyann is 5-foot-nothing, and she gets in there and rebounds,” Weideman said. “She is the ‘Mighty Mouse’ of the team, and has a real sense for basketball.”

Cascadia Yates “does dirty work and controls the inside,” along with junior Faith Anderson. They are two of four 6-footers in the rotation.

And Taylor Cushing plays the consummate sixth-man role, filling in at any of the five positions.

If the Turks have their sights on making the WIAA state tournament for the first time in school history, they will have to take an arduous road.

If they win their division, they will enter the double-elimination league tournament as the No. 7 seed, battling the likes of upper-division playoff hopefuls King’s, Seattle Academy and Cedar Park Christian.

“This year, our theme is, ‘Something Special.'” Weideman said. “They can keep playing together by doing the small things, and emphasizing it’s not about one person. It is about all of them.”

It’s a little early for Marvin Hall’s taste to call his No. 1 Garfield squad a “super team” – even with nationally-ranked point guards Malia Samuels and Katie Fiso leading the way.

Why? It’s because Hall has witnessed one of the state’s all-time great teams – the 2017-18 Central Valley squad (29-0) that finished No. 4 in the country after winning the Class 4A title and then the Geico national championship.

Hall was once an assistant coach for the Garfield boys under former coach Brandon Roy when the Bulldogs were also back in New York to play in the national tournament. They lost to Virginia powerhouse Oak Hill Academy.

In the hotel, Hall said he bumped into the Westlake (Ga.) squad before it played Central Valley in the national semifinals.