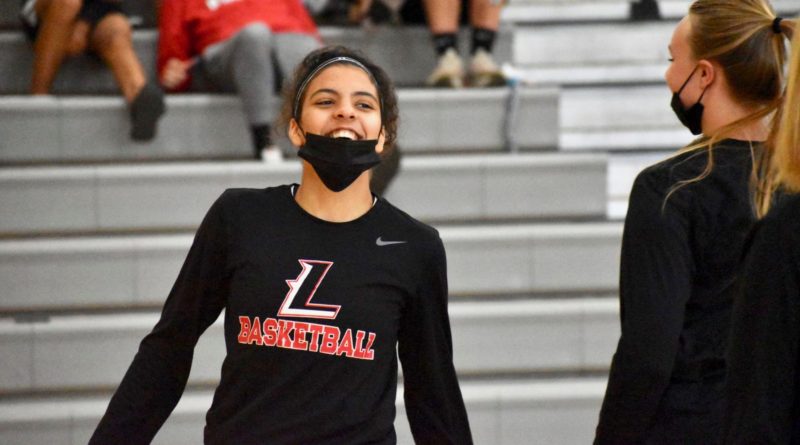 In the first month of girls basketball in Washington, contending teams have begun to make their marks.

So have individual players.

Kylee Fox, G, Richland: Reigning MCC player of the year is a shot-maker – from way out deep to creative ways around the basket.

Addison Harris, F, Camas: Not many outside Clark County know who she is. Her high-motor power game around hoop will change that.

Hope Hassmann, PG, Tahoma: She plays the point-guard position with such pose, and Cal Poly commit fills it up in a hurry for Bears.

Katie Fiso, PG, Garfield: So smooth, so confident – might not be great scorer yet, but she is high-IQ playmaker and top defender.

Natalie Fraley, PG, Kelso: They call this southwest Washington standout “Nat Buckets” – and she can score in so many ways.

Jenna Villa, F, Arlington: There are outside shooters, and then there are deep-range shooters like Villa, who can take over games.

Aubrey Amendala, PG, Tumwater: A quiet assassin – until she needs to announce her presence loudly with clutch shots in crunch moments.

Drea Brumfield, G/F, W.F. West: Arguably the best player in the 2022 class, she’s dangerous from around the basket out to 30 feet.

Dylan Philip, G, Ellensburg: Her work rate drives this Bulldogs’ group, and nobody can go coast-to-coast as fast as this do-everything guard.

Natalie Sumrok, F, Tumwater: She can face you up, blow by you and now has improved to become legitimate back-to-basket threat. A talent.

Halle Wright, G, Prosser: In terms of overall skill, none are better than this reigning 2A CWAC player of the year for the up-tempo Mustangs.

Devin Coppinger, PG, Nooksack Valley: Lethal combination of power and skill, might be toughest guard in state to keep out of the paint.

Jazmyn Stone, PG, Annie Wright: Fully healthy (knee), she’s such a good ball-handler with vision, she can zig-zag through any defensive scheme.

Libby Stump, G, Lynden Christian: With her toughness and quick thinking, can always find a comfortable spot on the floor to make a play.

Teagan Colvin, PG, Liberty of Spangle: Almost a guarantee this sophomore will be knocking on the triple-double door every night; nobody outworks her.

Kyra Gardner, PG, Raymond: Oh, that natural levitation. The WSU signee is a threat to score from anywhere, but her mid-range skill is second to none.

Kiana Rios, G/F, Warden: One of those two-way players than can make you look silly, there isn’t anything she cannot do to win ballgames.

Maggie Meyer, G, Colton: Small-school powerhouse will be back on the run and shooting 3-pointers – and Meyer should be the focal point.

Kenzi Pedersen, F, Garfield-Palouse: The 1B Southeast’s top inside-outside scorer, she is the leader of this senior-dominated state contender.

Payton Torrey, PG, Mossyrock: A fantastic three-sport athlete, she will be asked to score a lot more in addition to directing the floor.