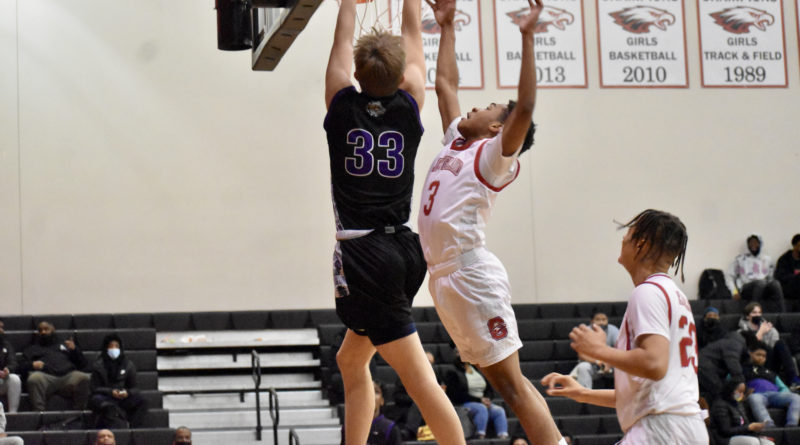 The Seattle Metro League is rolling out stricter attendance restrictions when high school sports competitions resume Saturday in response to a local surge in coronavirus cases.

The decision is part of a three-phase plan aimed at salvaging games and limiting the spread of COVID-19 to players, coaches and event personnel. The district will reevaluate spectator restrictions every two weeks. Some programs are dealing with spikes in positive cases to varying degrees as league play resumes. Games were suspended this week across the Metro League, though teams are allowed to practice.

McCarthy called the decision a reset.

“We saw a lot of cases right before break that (schools) were reporting in,” McCarthy said. “So we wanted to get a restart to the year making sure we’ve got the new testing protocols in place so that our kids are moving forward in the safest space possible. By limiting fans, we’re limiting the exposure and the potential spread of the (Omicron variant).”

The district will review COVID-19 numbers by Jan. 24 to determine if cases are going down and if it’s safe to move to phase 2 of its plan. In phase 2, schools — public and private — can determine on their own to extend capacity limits back to 50 percent.

“It’s going to depend on the school, what they’re comfortable with and where they’re at with their potential COVID cases,” McCarthy said. “That’s why we’re giving the autonomy to go from zero to 50 percent in the next phase.”

On Feb. 4, the league will reevaluate spectator limits ahead of the postseason.

King County has seen a 27-percent increase in confirmed cases over the last seven days, according to the county’s COVID dashboard. The state of Washington hit a daily record for recorded COVID-19 cases on Dec. 24, The Seattle Times reported, amid a nationwide surge due to the Omicron variant, which experts say is more contagious, though carries milder symptoms.

It’s unclear if an outbreak or documented spread of cases had been traced back to fans at high school sports events, though several teams are dealing with outbreaks. The league already the state’s most restrictive fan guidelines in place this season with a 50-percent capacity limit, proof of vaccination requirement and mask mandate for all spectators.

“Just the potential of having a bunch of people in an indoor space, we’re just taking some precautions right now with the spike that we’re experiencing, we’re just being very cautious with our kids and coaches,” McCarthy said.

In mid-December, the Washington state Department of Health updated its testing requirements for high-contact indoor sports like basketball and wrestling after reported outbreaks were traced back to four high school wrestling tournaments. Athletes are required to undergo COVID-19 testing three times per week regardless of vaccination status.

Several of the league’s private schools told SBLive that tickets in the 25-percent capacity allotment will first go to parents of participants. Players, coaches and event staff do not count toward the spectator limit. Private schools can allot a portion of their tickets to visiting parents from public schools.

WIAA Executive Director Mick Hoffman said Wednesday spectator limits are local decisions made at the league and school district level and that he does not anticipate the state to enact any broad spectator mandates, based on regular discussions with state officials, including emails exchanged as recently as Wednesday.

But, “it could change on a dime,” he added, as limiting fans has become a topic of discussion lately at Educational Service District (ESD) meetings around the state.

WIAA staff often sits in superintendent meetings to keep a pulse on local decision making and has heard spectator limits discussed recently in the Olympic Peninsula and in Clark County.

It’s too early to forecast the impact the current surge will have on WIAA state events in late February and early March, but the WIAA is monitoring it closely. Hoffman met with Pierce County Director of Health Dr. Anthony Chen in late December and is meeting with the governor’s office and DOH Thursday morning.

“All we can do is monitor,” Hoffman said. “We’re starting contingency planning.”