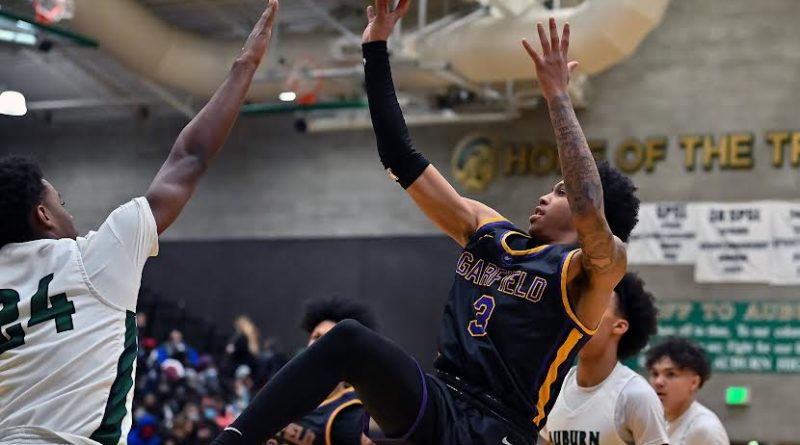 For the first time in nearly two years, SBLive is releasing a weekly installment that takes a look at the top basketball programs in the state of Washington, regardless of classification.

Welcome back to the SBLive all-classification Top 25.

The reigning 3A state champs were always going to fight to defend their title. Then Washington commit Koren Johnson moved back from national power Wasatch Academy in November, and after a win over Auburn, the Bulldogs jumped to the front of the line.

Led by Tre Blassingame, Malik Arington and Kaden Hansen, the Trojans’ core is bonded through childhood. Beating them requires scoring with them (81 points per game).

Like the rest of the KingCo, the Wildcats were shut down through the holiday break. They could be the most complete team in 4A with an experienced core aided by the emergence of junior big man Miles Heide as a dominant force.

Workhorse guards Owen Moriarty and Takeo Staten-Sylvester lead the way for a Fighting Irish group of which any one player can beat you on a given night.

Oregon State-bound Tyler Bilodeau is a matchup nightmare and in the early lead for the Mid-Columbia Conference scoring title (25 points per game). Senior guard Trey Arland (17.5) isn’t far behind. Lone loss to No. 10 Mt. Spokane.

Senior guards and five-star offensive lineman Josh Conerly are a strong core. The Vikings scored an early win over No. 13 Seattle Prep thanks in part to disruptive defense.

The Eagles are just fighting for a chance to take the court. When they do, defense fuels offense for a team that is long, spreads out its scoring and returns four starters.

Standout guard Bryson Metz returned from a foot injury and led the Titans to wins over Mt. Spokane (24 points on 9 of 10 shooting) and Central Valley on the road. Union’s 2-3 zone is fortified in the middle by Yanni Fassilis (nine boards per game) and the emergence of Evan Eschels (13 rebounds against Mt. Spokane).

A number of players can lead the Wildcats on a given night. 6-foot-5 junior Maverick Sanders has been a standout on both sides of the ball and sophomore guard Ryan Lafferty has enjoyed a breakout season. Won the Curtis Winter Classic. Losses to No. 9 Union and northern Idaho power Lake City.

One of the state’s top backcourts in Tyce Paulsen and Zoom Diallo — both high-major Division I prospects — haven’t played much together as Vikings work to regain their full lineup.

Bears out to a hot start behind the stellar play of Parker Gerrits. Now among the many teams fighting to get back on the court after an early-week cancelation.

Sleep on Braeden Smith and Tyler Mrus at your own peril. Panthers battle-tested in the state’s toughest league.

Standout senior Carson Frawley has produced 26 and 27-point games and the Papermakers have enjoyed the emergence of 6-foot-6 forward Stephen Behil, who has emerged as the team’s top rebounder and defensive anchor.

Junior guard Alex Yu leading the way for a balanced Wolverine squad that had to bow out of the Auburn-based Hardwood Invite due to COVID-19, after taking No. 4 O’Dea down to the wire in its lone loss.

Sylas Williams has been a fast riser since starting on the freshman team two years ago. The 6-foot-6 guard has emerged as one of the state’s most dynamic scorers, averaging 23 points (62 percent shooting) and 14 boards per game.

Weather and COVID-related shutdowns have sidelined a hot start(78 points per game) behind a core led by Seattle Pacific signee Jonas La Tour, Aiden Olmstead and sophomore Cade Orness. Narrow losses to No. 10 Mt. Spokane (3A) and No. 17 Jackson (4A).

Reigning 2A Greater St. Helens League player of the year Cavin Holden is smooth with the ball in his hands, 6-8 big Aaron Ofstun is a load down low and senior guard Jamond Harris is the four-year starter that has helped the unselfish Lumberjacks roll early. Lone loss to formidable Nevada 5A side Canyon Springs.

Twazae Gladney is one of the MCC’s top scorers for a Bombers program on the rise again. Undefeated against teams from Washington — including a 5-0 MCC start.

The Tides are swimming through their early schedule, winning games by an average of 27 points.

Carson Talbert (6-foot-7) and Cooper Church (6-foot-9) comprise one of the state’s most imposing backcourts — who have led the Bears to double-digit nonleague wins over Timberline, Port Angeles and Mariner.

No height, no problem. The Lions hold early season wins over 4A Mariner and dealt a hot-start Sehome a double-digit loss.

The top of the 3A Greater Spokane League is crowded and Ferris is right in the thick of it.

Even without Point Loma Nazarene-bound standout guard Andrew Hommes, the Lyncs find a way to win. Beat Burlington-Edison in overtime on a game-winning 3-pointer Monday by Will Colwell.