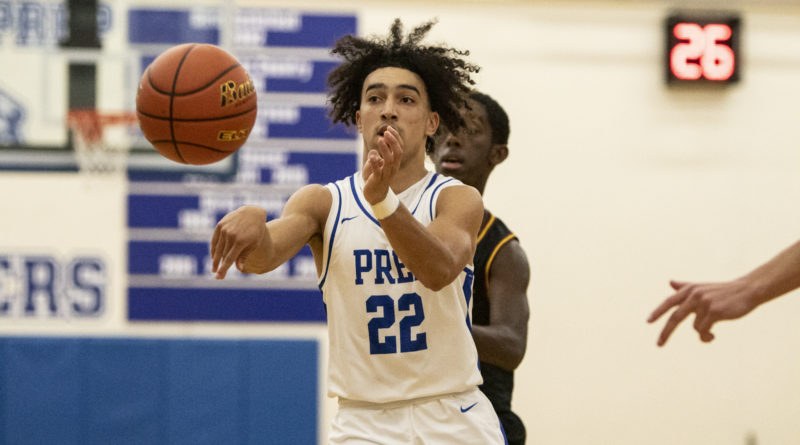 Seattle Prep will have to etch Braeden Smith’s name into its record books after Thursday night.

Smith eclipsed the Panther boys basketball program’s all-time assist and steals records and surpassed 1,000 career points all in a 75-55 win over Lakeside at Seattle Preparatory School.

The senior guard entered the game 16 points, six steals and one steal away from sole possession of the records. He did just enough to break both, finishing with 18 points, six assists and two steals.

The assist — his sixth and final of the night — was delivered with an exclamation mark. He tossed a baseline alley-oop to forward Tyler Mrus, who dunked it home over a defender.

Panthers coach Mike Kelly had no idea of the stakes when he drew up the play.

“That’s great, I feel really good about that,” Kelly said after being informed. “They’ve played since they were grade school kids together. It’s fitting.”

Smith, a four-year starter and Colgate commit, moves into 10th all-time on Seattle prep’s scoring list behind Collin Welp (1,041 points). He set the record for assists in a game in Feb. 2020 with 13.

The gym erupted in cheers each time he set a new mark.

“He’s so likable by teammates, and the culture of the guys and the way he operates, they recognize there’s a lot of team in that record for Braeden,” Kelly said. “All competitive people would be lying if they said they weren’t paying attention.”