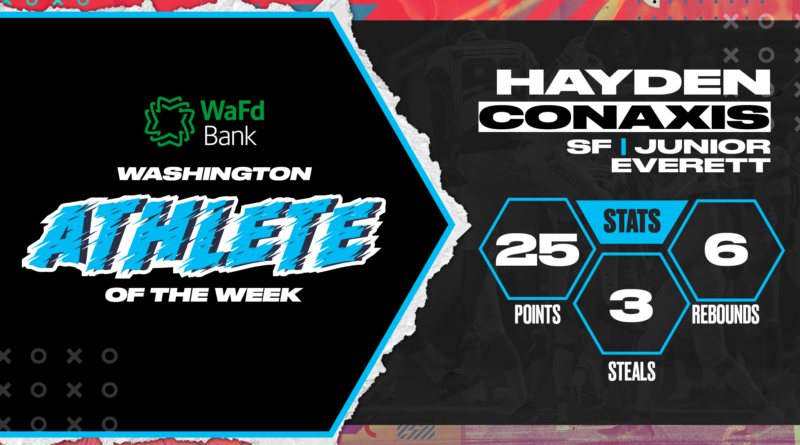 Parker Roberts, Almira-Coulee-Hartline Football: Ran for 157 yards on just five carries, with two touchdowns in a 50-20 1B state championship win over Quilcene.

Dane Isaak, Almira-Coulee-Hartline Football: Had 92 yards and a touchdown rushing to go with his 162 yards and three passing TDs in a 50-20 1B state championship win over Quilcene.

Bishop Budnek, Quilcene Football: Had 139 yards rushing and two late scores on 19 carries in a 1B state title loss against Almira-Coulee-Hartline.

Jackson Esary, Kalama Football: Ran in a 3 yard touchdown and ensuing two-point conversion with 2:53 left in the game to give the Chinooks the 2B state title with a 16-14 win over Napavine.

Josh Wood, Graham-Kapowsin Football: Finished with 172 yards and two touchdowns on 11 carries in the Eagles’ 44-7 4A state title win over Lake Stevens.

Zack Lee, Graham-Kapowsin Football: Went for a game-high 190 and two scores on 20 carries in the Eagles’ 44-7 4A state title win over Lake Stevens.

Collin Miller, Bellevue Football: Had the game-sealing interception with 3:28 left in the game to give the Wolverines the 3A state championship over Kennewick.

Samuel Chen, Newport – Bellevue Boys Basketball: Had 26 points and 7 assists in a 60-57 loss against Bainbridge.

Anna Coronado, Othello Girls Basketball: Had 19 points, 5 assists, and 3 rebounds in a 64-14 win over Cle Elum-Roslyn.