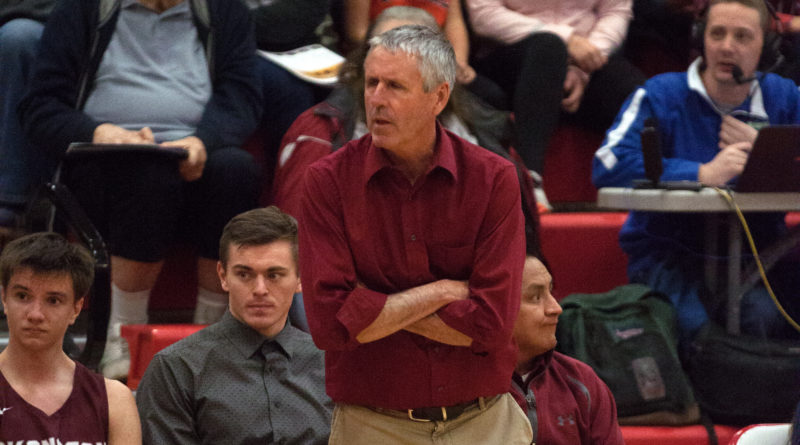 With a full high school basketball season underway in Washington for the first time in two years, SBLive is debuting statewide power rankings for each classification, next with 2B.

These rankings are based on extensive conversations with coaches statewide and will be updated regularly throughout the 2021-22 season:

Good luck scoring on these Bulldogs. Good luck stopping them, too. They’re long and suffocating defensively and have the pieces that make up a contender, starting with Chase Wilson, Carson Bozell and Jaden Radke — the three returning starters. At 6-foot-7, Wilson (17.4 points, nine rebounds per game last season) can spot up and shoot over you, take you off the dribble and post you up. Boesel (17.8 ppg, 7  rpg, 6 apg), a 6-4 junior point guard and third-year starter, takes care of the ball and can play off-ball, too, and Radke (11.9 ppg, 10 rpg), another three-year starter, is a traditional post with a solid back-to-the-basket game.

It’s a good sign when your star player beats the head coach to school every morning. Reigning Northeast 2B MVP John Lustig is among 2B’s best players statewide, and the 6-foot-3 guard proved it by putting up 47 points on 16 of 25 shooting in his season-opener. In the spring, Colfax’s seniors opted not to play, so a young, unproven group stepped up, took their lumps and went from getting double-digit blown out to winning a district title by season’s end. Lustig is one of five starters back on a team that plays fast with a four-guard starting lineup.

The Fishermen started a nearly all-underclassmen lineup in the spring, and finished the season as the district tournament disruptors. With all five starters back, they boast balance. File Jaden and Beckett Turner as the early-season leader for the most dangerous sibling duo in 2B. Jaden, a 6-foot-1 combo guard and Puget Sound commit, is a floor general, stat-stuffer, a first-team all-league pick and the team’s leading scorer at around 16 points per game and plays well with fellow combo guard Alex West, who made his first splash as the team’s sixth man as a freshman two years ago. Beckett, a versatile 6-3 sophomore, made an immediate impact himself starting as a freshman and thrives in the high post, playing off of 6-foot-6 senior center Sam Glenn.

Kelson Gebbers was an integral piece in Brewster’s 2020 2B state title run as a freshman. Now, the Bears will look to the 6-foot-6 junior to be their dominant centerpiece around its four returning starters. His ability to score in a variety of ways and defend the opponent’s best defender makes him a 2B state player of the year candidate. And the Bears boast size next to him with 6-5 senior AJ Woodward and junior guard Tyson Schertenleib, who did not play in the spring.

What makes the Warriors dangerous? Balance. With four starters back, Cle-Elum is built to dominate the interior in its first full season dropping down from 1A. Joel Kelly, a 6-foot-5 junior, may start at power forward, but his skillset is positionless. Dominant 6-foot-6 senior Gage Ellison is the muscle down low, junior guard Luke Chafin plays off-ball and lockdown defender and Jett Favero provides knock-down shooting. Returning district runner-up is the EWAC favorite — and has the pieces for a playoff run.

Was the 2B EWAC district title run a precursor? The Coyotes graduated key pieces from a team that ran the table in the spring, but return standout guard Michael Lenke, who is coming off of a league MVP football season on both sides of the ball. They lose some size down low to graduation, but will be 6-foot-2 and taller on the wing — and well-equipped to execute their high-pressure defense.

The Ducks compiled an undefeated regular season before getting upset in the district playoffs in the spring. They’re good enough to return and finish the job.  Sophomore guard Zach Swanson is a big-shot maker and will provide consistent scoring, and his backcourt mate Connor Cox can score, too. Ryder Moss, a big who could step out and shoot, graduated, but 6-foot-3 forward John Nicholson is a disruptive interior defensive presence and thrives both in the low block and stepping out to the midrange. There could be several more Central 2B teams in the rankings by seasons’ end. In his three decades of coaching, Eric Swanson thinks the league is as deep and competitive at the top as it’s been in years.

The Lancers lost size in the interior to graduation, but return a solid core that can put a lot of points on the board. That starts with multi-year standout Tayshawn Colvin, one of the state’s more prolific scorers over the last few seasons, who started his senior campaign with a reminder of what he can do with the game on the line and even a couple inches of space by hitting a buzzer-beater.

Tennessee Rainwater might be 2B appointment viewing. Coming off of a head-turning summer, the 6-foot-4 guard is a highlight waiting to happen with his explosiveness and bounce, especially in transition. The Gorillas have the talent to reach the Spokane Arena come March, but must battle through a deep Northeast 2B League that has three Top 10 preseason teams and several more in tow.

Jackson Esary (24 points per game) is much more than just a standout quarterback and multi-time state champion. He’s the reigning Central 2B player of the year and scores both off the dribble, has an improved 3-point shot and an innate instinct to create for others. The Chinooks will start the season without him as he recovers from a shoulder sprain he fought through in the 2B state title game, giving them a chance to play deep into their bench. Nate Meyer (6-foot-4), Dylan Mills and Max Cox provide size inside. They’ll need big contributions from more than just Esary to make it out of a tough Central 2B League.