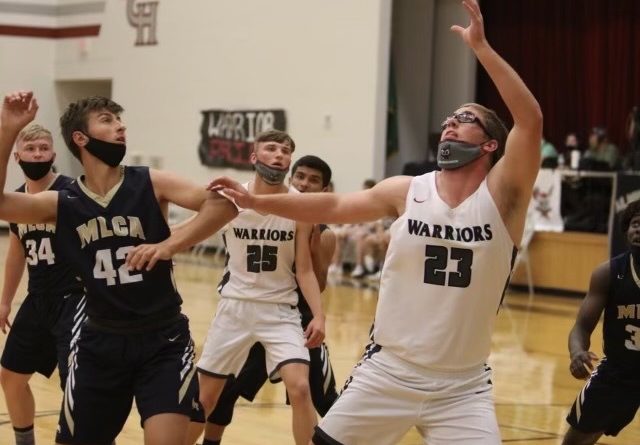 With a full high school basketball season underway in Washington for the first time in two years, SBLive is debuting statewide power rankings for each classification, starting with 1B.

Most teams across the state have already started games, while teams whose football teams made deep postseason runs are just now practicing with full rosters in preparation for late starts to the season.

These rankings are based on extensive conversations with coaches statewide and will be updated regularly throughout the 2021-22 season:

In 1B, dominant runs tend to come in twos. The Warriors hope to replicate its football team’s recent 1B state championship on the hardwood with many of the same players. Grady Murray started as a sophomore, and has blossomed as a floor general in the two years since. The offense is his, and among the four other senior starters returning around him, Cooper Correia spreads out defenses with his outside shot and senior forward Reece Isaak may be the most dominant big in 1B.

The Blackhawks’ top two players — Tyran Lane and Duncan Toby — could be the most dominant high-low duo in the state by season’s end. The 6-foot-6 Lane (16 points, 12.2 boards, 1.2 blocks per game in the spring) can play with his back to the basket, face up and as his confidence in the pick-and-pop grows, Lummi will only benefit. The ball will start in Toby’s reliable hands (12.4 points, 4.3 boards, 2.1 steals per game). Add 6-3 hybrid forward Richard Wilson and a strong group of sophomores poised to step up, Lummi is built to compete for its first 1B state title since 2015. First, the Blackhawks have had to deal with flooding in Whatcom County that cost school days, practice time and its season-opener.

All five starters are back, headlined by returning 1B Northeast MVP Colton Seymour, a five-year starter who averaged 25 points, nine assists, six boards and four steals. Sophomore Bodie Seymour is the team’s off-ball 3-point specialist. They won’t overwhelm you with size, instead boasting versatile posts Celias Holmes (6-foot-2) and Kyden Nomee (6-0) who thrive in the Panthers’ fast-paced offense and full-court pressure.

The Knights come off of back-to-back seasons finishing just over .500, which are considered down years for a program that has won eight state championships since Class B split into two 2007, and three consecutive from 2017-19. They’re tall, long and can suffocate your best player defensively. With its top two scorers Nate Moore and Tyler Groeneweg gone, it’s up to 6-4 junior point guard Cole Wagenaar — coach Dean Wagenaar’s youngest of four kids — to be a consistent leading scorer coming off of a serious leg injury. He’s off to a good start, putting up 27 points and 13 boards in the opener.

Crosspoint is perhaps more poised to take the 1B SeaTac crown than it has been in more than a decade, so Doty is scheduling the best teams the West Sound has to offer — North Kitsap (2A favorite), Kingston (2A), Klahowya (1A), among others. The Warriors add 3-point specialist and North Kitsap transfer Ross Wohlert to a team that returns four starters. Defensively disruptive point guard Owen Wyatt, active but undersized big Thunderr Doty (16 points, eight boards per game in the spring) and athletic 6-3 junior forward Zach Lamkin fit a small, up-tempo style of play, made in the mold of legendary Michigan high school basketball coach Keith Haske.

After a strong spring season, the Lions run back their entire starting lineup, led by quick, agile multi-year starting guard Pierre Boorman, who leads the team in scoring and can take over a game on a moment’s notice. Defenses can’t key too close on him with sophomore Jonah Robertson’s presence as a spot-up shooter, junior Michael Podolyn’s post prowess and Jeff Boorman’s do-it-all toolkit.

Just one starter returns from a Comets group that finished on top of an always-tough district, but much like its football team, don’t overlook its new cast of contributors. Joey Strange will runn the point, Kolton Lindstrom is poised to carry the scoring load, and Naselle has athletes on the wing/interior — versatile 6-2 wing Jason Harmon and disruptive, bouncy forward Trent Stephens (6-4) — that fit its scrappy, fast get-up-and-go style.

Versatile 6-4 forward Smokey Abramson is referred to as a Draymond Green-type by coaches and teammates because he does a little bit of everything — stretches the floor, provides a presence down low, handles the ball during crunch time and creates for others. He’s one of four starters back, alongside combo forward Colin Hughes, William Dick IV and off-ball guard Jeffrey Moyer III and a deep well of shooters off the bench.

Junior guard Jack Lesko has always been a facilitator and defensive specialist. Now, he’s stepping up as a 20 points-per-game scorer in the Irish’s up-tempo offense to fill the loss of two starters. And he has 6-2 forward Frankie Worden and guard Joe Baffney — also three-year starters — leading the way for second-year head coach Eric Wood.