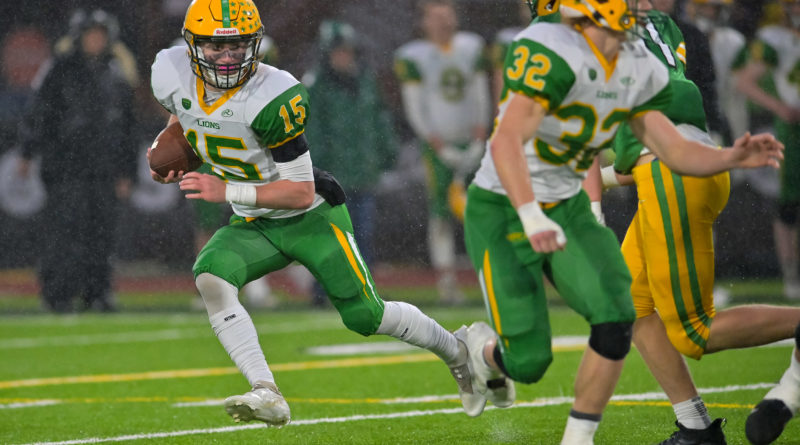 The Lynden High School football team’s backup quarterback clearly proved his worth to the team in the final weeks of the season. Slayton is no longer a relative unknown.

Slayton, big and physical at 6-foot-2, 215-pounds, rushed for 88 yards and three touchdowns as the Lions brought the fight to top-seeded Tumwater 21-7 on Saturday evening in the Class 2A state championship game at Sparks Stadium.

The Lions will bring home the school’s ninth state title in football, thanks to stout defense and ball-control offense.

Lynden’s Collin Anker had a pair of interceptions and the Lions’ defense limited a high-powered running attack of Tumwater (10-3). The T-birds led 7-0 before the Lions roared back with 21 unanswered points.