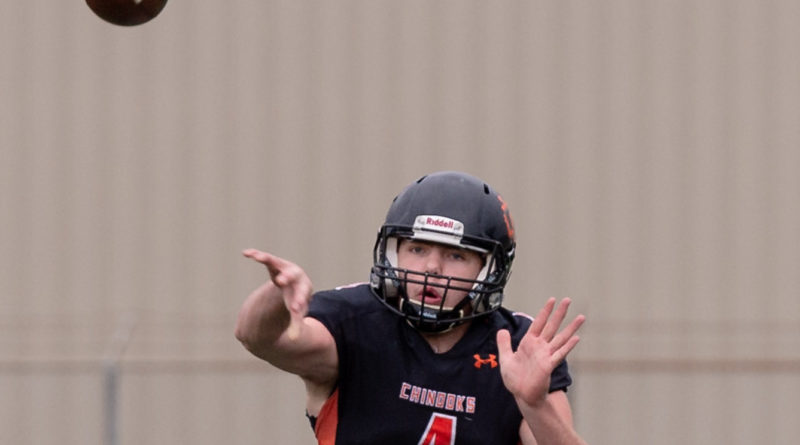 LAKEWOOD – The Kalama Chinooks are back on top.

The Chinooks defeated Napavine 16-14 on Saturday to win the Class 2B state championship game at Harry K. Lang stadium.

Kalama quarterback Jackson Esary ran in a 3 yard touchdown and ensuing two-point conversion with 2:53 left in the game. Max Cox then intercepted his third pass of the evening to sew up the victory.

It is the third title in the last four years for Kalama, which also won in 2017 and 2018. The Chinooks defeated the Tigers in the 2018 title game.

Napavine controlled the game throughout, before a safety started Kalama’s rally in the fourth quarter. Esary was 12-for-14 for 110 yards and a touchdown in the win.