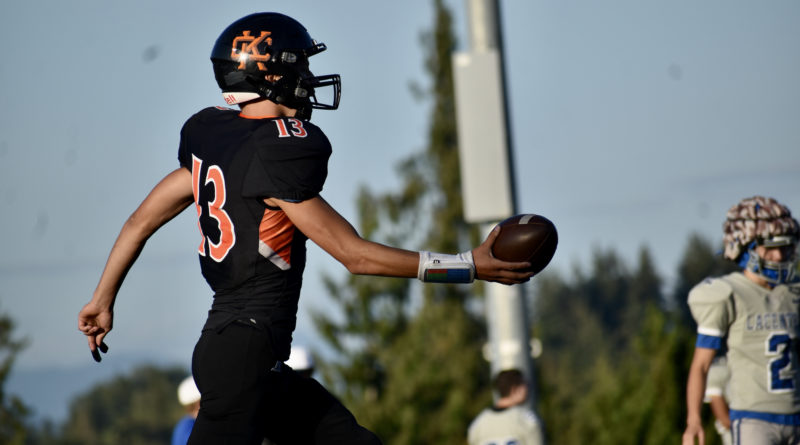 Once again, it’s a party-for-two-from-southwest-Washington reservation in the Class 2B championship game.

And top-ranked and reigning state runner-up Kalama and No. 2 Napavine have seen each other so often lately – this will be the programs’ 10th meeting since 2016, including in five consecutive state tournaments – they might as well be connected at the hip.

They are certainly linked by their respective rich histories, especially at the state level.

“Every time we’ve played, the games have all been meaningful and close,” Napavine coach Joshua Fay said.

Throw out the Tigers’ spring-season 49-32 win, the previous six games have been decided by nine points or fewer.

“I think they are really well-coached,” Kalama coach Sean McDonald said. “And the matchups every year are a lot of fun. We haven’t always come out on top, but for the most part, it has been well-played.”

A big part of Kalama’s success over the past half-decade – this will be the school’s fourth consecutive trip to the state title game, with victories in 2017 and 2018 – has been because of its quarterback play.

This season is no exception. The Chinooks are led by all-state signal caller Jackson Esary, a senior dual threat who has accounted for nearly 3,600 yards of total offense – and 55 touchdowns passing or rushing.

“It’s been awesome to see him grow into the player he is today,” McDonald said. “We knew he’d be special. But we didn’t know he’d be as special as he is.”

Meanwhile, the Tigers get vital contributions in all areas, especially along what is considered the best offensive and defensive lines in the classification, led by tackle Keith Olson, who is a USC commit.

And they will utilize a nucleus of multi-faceted skill-position weapons, led by quarterback Ashton Demarest, running back Gavin Parker and wide receiver Lucas Dahl.

“We’ve gotten to where we are at differently.” Fay said. “We’ve had to rely a lot more on a lot of different people.

“We run the next group of guys through and hope they are ready to carry the torch for us.”