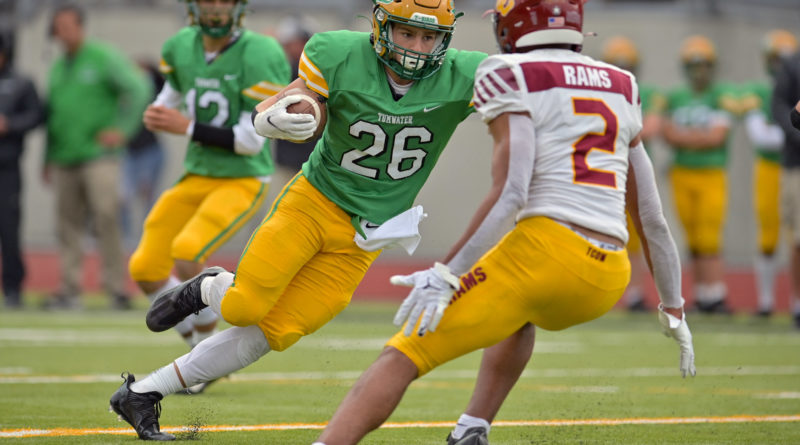 Top-ranked Tumwater is on its own level of state-championship legacy. The Thunderbirds are the only program to ever win state titles in the three biggest WIAA classifications.

And many think coach Bill Beattie’s group is the overwhelming favorite to defend its Class 2A title this weekend in Puyallup.

So, what is the best way to combat that kind of dominance?

Pit them against a career-achievement equal – a program such as eight-time state champion Lynden.

That matchup will be taking place Saturday afternoon at Sparks Stadium.

“We are the king of everybody else – and now we get to go hunting,” Lynden coach Blake VanDalen said.

Make no mistake, there is a healthy respect between these two powerhouse programs – mainly because the foundational principles, from the ground up, are so strikingly similar.

“I don’t know the whole history with them, but when you talk about 2A football in the last 10 to 20 years, Lynden is one of the first teams you mention – if not the first one you should,” Beattie said.

Lynden is also the last 2A team to topple the Thunderbirds – 28-27 in the 2018 state quarterfinals.

“They like to play great defense, run the ball – those kinds of things that are very similar to things we believe,” Beattie said.

Yet, as entrenched as both schools are in the 2A state landscape, they had some growing up to do this fall. Both had 15 new starters on both sides of the ball.

That was a reason why VanDalen reached out to Beattie to see if a summer scrimmage between the two teams could take place, which it did in July in Tumwater.

“We have a healthy rivalry, and a mutual respect for each other,” VanDalen said. “And we always seem to find a way to play each other.”