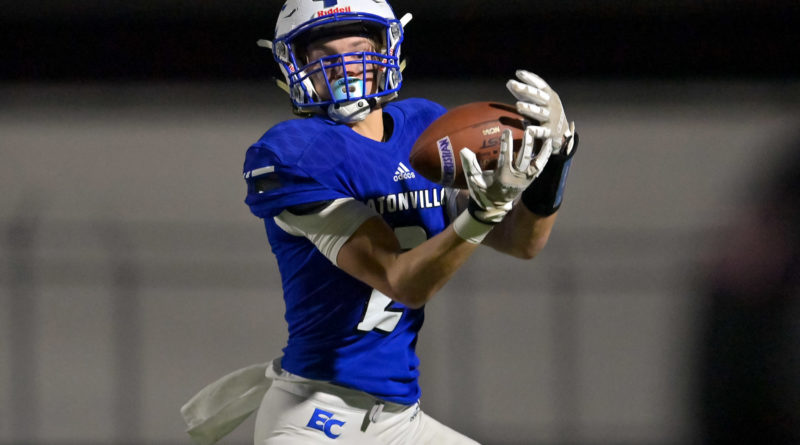 As Royal has tightened its grip as perhaps the state’s preeminent powerhouse, a question has bubbled up and lingered: Who might de-throne the Knights, winners of four of the past five state titles?

A new challenger – the Eatonville Cruisers – might have the answer to that. And they’re not afraid to talk about it.

“We understand we’re the new kids on the block in 1A, no question about it. This has been Royal’s classification,” Eatonville coach Gavin Kralik said. “It’s been a journey to get to this spot. We’ve got a big task ahead of ourselves, but we’re looking forward to it.”

Both teams have been on a crash course since entering the season as the consensus top two teams in 1A – spots they’ve held all season.

The second-ranked Cruisers re-classified down from 2A in 2020, and boast massive linemen units (270 pounds on average) and a once-in-a-generation team with depth atypical of its school size.

The No. 1 Knights have been no slog either, thrashing opponents by an average of 47 points per game.

As much anticipation as there is about the 1A title game Saturday, there was some discussion the two teams might play last spring.

When an opponent canceled days in advance, Kralik tried to book Royal for a Tuesday game. Eatonville even agreed to travel. Royal declined, pointing to the quick turnaround in playing a weekend game.

After the spring, Royal declared itself the unofficial 1A state champion, citing its difficult schedule (played three 4A opponents) and the fact that various statewide postseason rankings all had the Knights at No. 1. They even added a championship banner to their collection at their home stadium.

Now, the Cruisers – who are unbeaten (3-0) in state title games – get their chance to prove otherwise.

If Royal has taken notice of Eatonville’s sudden rise, it’s not tipping its hand.

“We don’t look ahead very far,” Allred said. “People think we should and we don’t.”