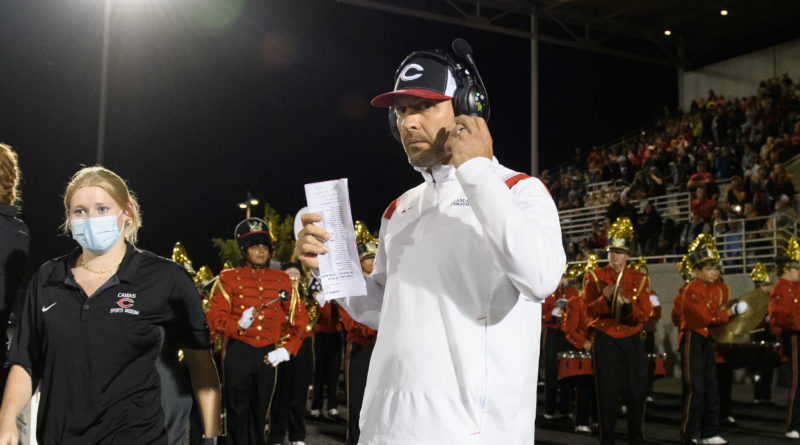 Interim coach Jack Hathaway accepted the job as head coach days after the conclusion of the Papermakers’ season, which finished with an outright 4A Greater St. Helens League title and a playoff run that ended Saturday in the 4A state quarterfinals, the school announced on Twitter Wednesday morning.

“People ask about pressure, and yeah, there’s pressure, but who wouldn’t want that?” Hathaway said in August. “Bring it on. … like any other year, we have a target on our backs.”

After an 0-4 start against the Oregon schools, Camas mounted a seven-game win streak that included an undefeated sweep to an outright 4A Greater St. Helens League title and a run to the 4A state quarterfinals. On Saturday, 5-seeded Camas’ season ended with a 35-14 loss to 4-seed Kamiakin.

The news even drew a ringing endorsement from Eagle, Hathaway’s predecessor who tallied a 127-22 record, nine league titles, three state championship appearances and two 4A titles in 13 years as head coach. Hathaway was an assistant on Eagle’s staff at Camas for seven seasons.