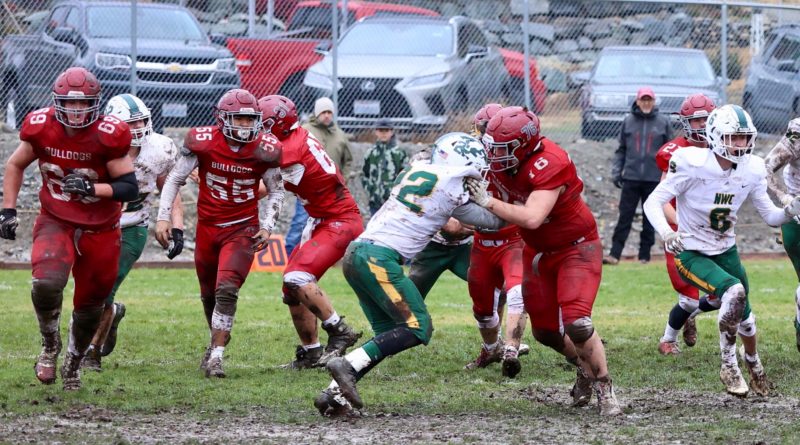 What exactly makes this Class 2B semifinal between former multiple-time state champions – No. 2 Napavine and No. 3 Okanogan – most intriguing?

Both teams have offensive and defensive lines that would flourish in any classification.

“It seems like that is where the game will be won,” Okanogan coach Erick Judd said.

The “headlines” advantage belongs to the Tigers, who boast top-five 2022 lineman Keith Olson, a USC commit at left tackle. He is 6-foot-5, 305 pounds – and has the strength of a logger, the hand grip of a welder and the footwork of a dancer.

“If he latches onto you,” Judd said, “you are going to get driven back.”

At right tackle is senior Deven Searles (6-2, 270), whom Napavine coach Josh Fay says is “assignment-oriented,” and hardly ever gets beat on a block.

“They both pull on blocks pretty well, and they are so quick,” Judd said.

Morgan (6-4, 265), a senior and 31/2-year starter, plays with such “aggressiveness and attitude” that defenders usually don’t have time to adjust.

“They are not expecting to get blown up like that,” Judd said.

And after having an adjustment season as a first-year starter in the spring, Judd said Cates return in the fall with the “attitude” the coaching staff was looking for.

What to watch for: These two programs have a bit of late-postseason history – the Bulldogs defeated Napavine in both 2014 (17-14) and 2015 (26-24) to win 2B titles before going up to 1A for a few years. Because so many players touch the football, it’s difficult to focus on stopping one player in Okanogan’s offense. But when the 2B Central Washington champions need hard yards in clutch situations, they usually rely on the bigger Ryden Zabreznik. Defense, which has posted three consecutive shutouts, thrives off energy of high-motor DE Jaden Radke. Now in their seventh consecutive state semifinal, the three-time state champion Tigers are remarkably consistent. And their overall team speed could give them an edge. RB/LB Gavin Parker is a workhorse, on both sides, but WR Lucas Dahl’s burst as a home-run threat can blow the top off of any defense.

What to watch for: Let’s face it – these two teams don’t care much for each other. Part of it is they met for the last 2B state championship played in 2019 – won by the Loggers (48-30). The other part is their contrasting modes: Kalama prefers to move fast, and strike as quickly as it can, especially with all-state QB Jackson Esary throwing downfield; Onalaska wants to issue one thing in its multi-headed triple option – pain through physicality. These programs met five weeks ago during league play, and it was a one-sided encounter – the Chinooks won in a 58-6 rout as Esary accounted for nearly 400 yards of offense and seven touchdowns. How will the semifinal showdown be any different? The Loggers think they have worked out some of their run-blocking issues. If they cannot control the line of scrimmage, their championship reign will likely end in a similar manner.