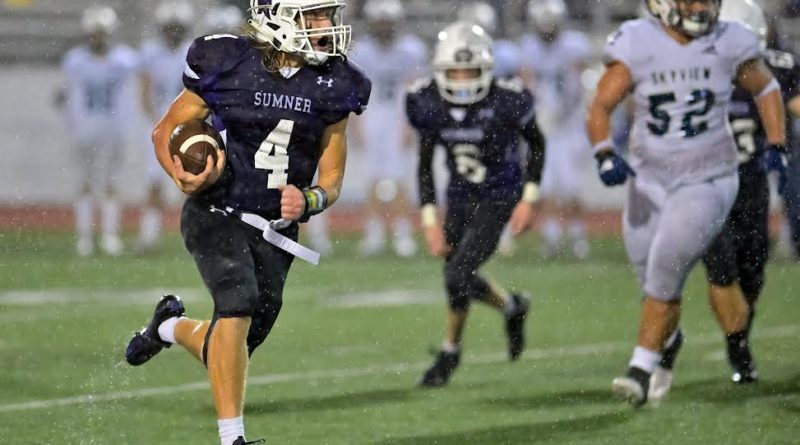 Each week, SBLive ranks the top 25 teams across the state of Washington regardless of classification. Here’s a look at how those teams fared in games played in Week 11 – or first round of the state playoffs – of the high school football season.

Kentwood is no pushover up front, and the Eagles scored twice on their first three plays. QB Joshua Wood (12-13, 218 yards, three TDs) continues to have his way.

Team keeps piling up points, breaking out to 21-0 first-quarter lead, and getting three touchdown passes by QB Kolton Matson, filling in for Grayson Murren.

Top-ranked 3A Wolverines get all they want for three-plus quarters, but Wing-T (342 rushing yards) generates big fourth-quarter scoring plays to pull away.

Seems like the Tornados can roll up nearly 500 yards on anybody, and collective weapons enough to offset Panthers QB Braeden Smith (414 total yards).

Wolves were intent on testing Wildcats’ secondary early and often, and WR Will Eaton catches long touchdown pass in first quarter – and throws one, too.

RB Payton Hoyt opens the show with two first-quarter rushing touchdowns – and closes a dominant first half with an 80-yard punt return for a score.

Best way to take the starch out of a big-play Metro offense? Fire up the slot-T rushing machine for 538 yards, led by RB Dylan Carson (281 yards, three TDs).

Another game, another defensive clinic as Crusaders score another touchdown on fumble return – and hold Stanwood’s Wing-T attack to 70 total yards.

Papermakers think they’ve found their 2021 winning formula – and score? In three of past four games, they’ve won, 17-7 against playoff-caliber teams.

Easily one of the team’s best playoff wins in the Tom Bainter era, coming from three touchdowns down (35-14) to advance to 4A quarterfinals.

RB Trey Leckner (23 carries, 229 yards, four TDs) did his part after the Grizzlies went to power formations. But string of second-half miscues did them in.

Only double-digit survivor from the opening round in 4A or 3A? It’s Terry Cloer’s group, which put away the Eaglest on Ethan Carrell’s onside-kick return score.

RB Avery Ellis tallies three first-quarter rushing touchdowns – half the Knights’ total in the first 12 minutes – and the reigning 1A champs win easily,

QB Chance Gaudiz gives his guys a chance to go get big plays – and Viks respond with three long touchdown connections in putting away the Seahawks.

Vikings break open defensive tussle with 17-play, 92-yard touchdown-scoring drive to close out first half – and then turn on the jets after intermission.

The No. 3 seed from the 4A SPSL had averaged 44.3 points per game during six-game winning streak – but was held in check by Camas. Penalties didn’t help.

Visiting Bombers needed to create good breaks, not commit bad ones as they give up a turnover, onside kick in doomsday first quarter.

4A GSHL runner-up had two promising second-half drives in Sumner territory to tie the game, but came away empty – and eventually very wet.