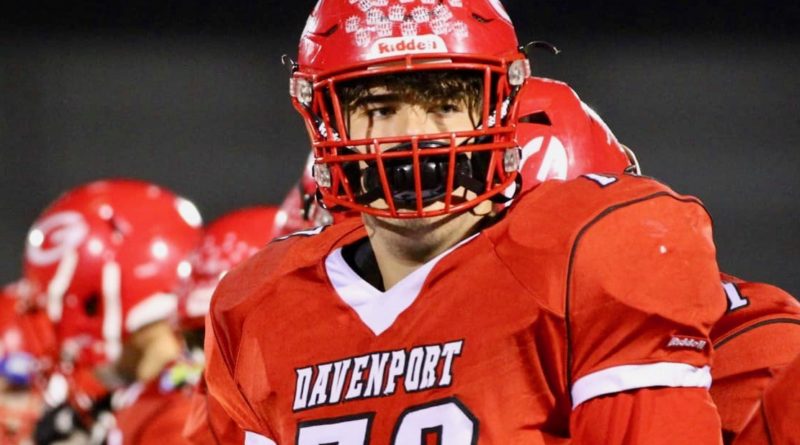 The first thing people notice about Davenport High School senior lineman Willie Waters is his size. At 6-foot-5, 300 pounds, he is arguably the biggest impact player in the WIAA Class 2B state football championships.

But for the Gorillas, Waters is much more than a big body. He’s quick on his feet, knows the game better than most and is a strong leader for eighth-ranked Davenport (9-1), which hosts ninth-ranked Toledo on Saturday in Moses Lake.

Waters leads a physical Davenport attack from a pulling guard position, where he’s also responsible for calling out pre-snap reads. His football acumen and familiarity with the system make him a perfect fit for that important job.

“He has that trust from coaches to make those calls,” Davenport coach Justin Young said. “He understands what we’re trying to do and how we do it.”

On defense, Waters usually lines up as a defensive end, where his size and skillset make him a tough stop.

“I’ve seen teams try to double team him … or run away from him,” Young said. “That’s usually all you can do.”

While Waters doesn’t have any college football teams knocking on his door yet, Young believes they’ll come soon enough.

Said Young: “I don’t see how you can overlook a kid that size and that athletic.”

What to watch for: After an 0-4 start to the season, the Brewster Bears are surging at the right time, but an undefeated and well-balanced Columbia side has 32 takeaways this season and is hungry for its first state win since 1985.

What to watch for: This battle of similarly styled teams might be the best of the 2B first round. An exciting Timberwolves attack is hoping to give Goldendale its first-ever state victory, while Forks is hoping the 2B bracket is more favorable than the 1A tourneys of years past.

What to watch for: It is a bit odd that the defending 2B champions are playing in this round. But even after a brutal schedule, they did not earn one of the top four byes. So they will have to prove it early against a tough River View team that boasts comparable size, especially up front.

What to watch for: Old-school football fans will love this game. Toledo and Davenport are two physical teams that like to pound the ball on the ground and stand tough defensively.