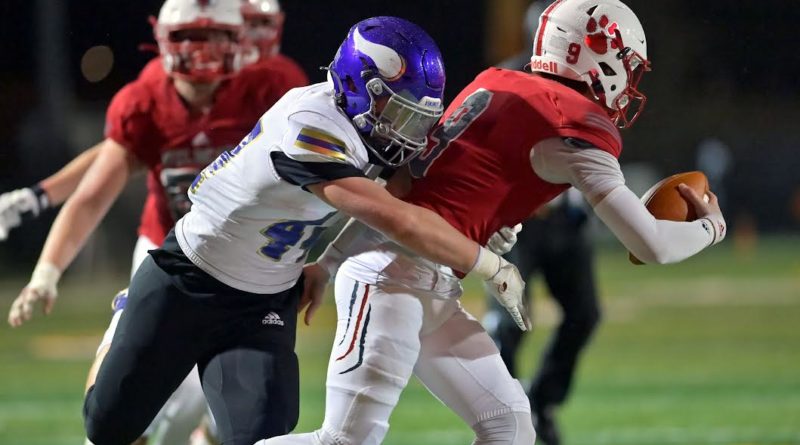 Each week, SBLive ranks the top 25 teams across the state of Washington regardless of classification. Here’s a look at how those teams fared in games played in Week 10 of the high school football season.

QB Joshua Wood ties season high with four touchdown passes in first quarter – and career-high with five in first half. Must be playoff time in Graham.

For much of the first half, visitors went toe to toe (down 28-21) with the 4A Wesco champions. Then Vikings score 35 unanswered points in final 25 minutes.

RB Luis Salgado gets it rolling with three first-quarter rushing touchdowns, and the Braves clinch their first 4A state playoff berth since 2009.

All-state RB Myles Mayovsky was not going to be denied. He breaks open 7-7 fourth-quarter deadlock with three touchdown runs in final nine minutes.

It was RB Eric Buck’s turn (154 rushing yards, four TDs) to be the backfield bear for the Spartans, who tallied 31 unanswered points to topple Tahoma.

WR Ashton Paine took the opening kickoff 90 yards for a touchdown, and the 2A champions grabbed control quickly, scoring in all three phases.

A cornerback invasion! Ambrose Marsh returned two blocked punts for scores, and Tyson Weaver brought back an interception 56 yards for a touchdown.

Reigning 4A champions now undefeated (6-0) against the state of Washington as RB Jon Schultz busts loose for a career-high 223 rushing yards and three scores.

It’s encouraging that QB Logan Lacio was able to return to the lineup, but it’s also plainly obvious that it’s the defense carrying the Cougars’ playoff fate

That is five shutout victories this fall for the 3A GSL’s top seed, who notched five sacks and three interceptions, including Aiden Prado’s return for a touchdown.

RB Joshua Collie (three first-half TD runs) will be a force in this offense moving forward as Sentinels exploded for a number of big scoring plays in rout.

It’s more than just the magic arm of QB Trent Nobach. Defense gets after it – and flustered Lions (94 yards, three turnovers), including Ethan Martin’s 75-yard score.

Vikings race out to 20-0 lead on QB Chance Guadiz’s second touchdown pass (32 yards to Caleb Presley) in first 15 minutes – and then put it in cruise control.

Dinged-up QB Colton Bower (127 passing yards, two TDs) made a brief appearance – one quarter – but got plenty of help as Vikings roll right to state playoffs.

When things go awry, Bombers can always rely on defense – and DE Elijah Rodriguez set tone early with a pair of sacks, two more tackles for loss in victory.