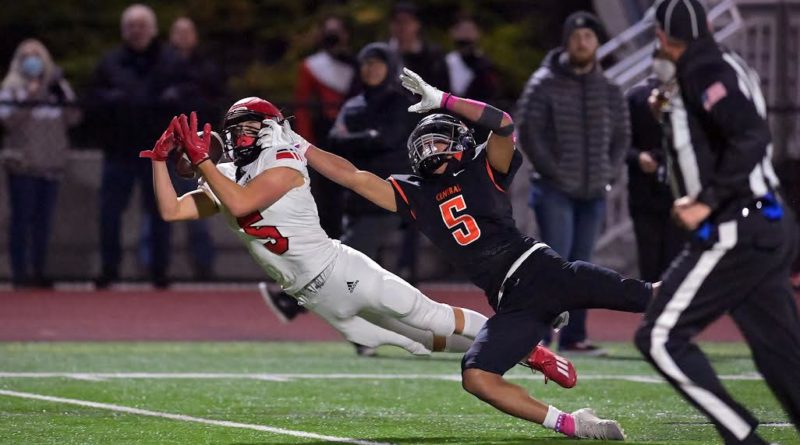 As far as standout plays go, maybe no week of the high school football season has had more of an offering than Week 9.

The final week of the regular season saw game-changing touchdown runs, clutch efforts on special teams and a wincing crack on a safety. Even a lineman punt return for touchdown.

SBLive has gathered 10 standout plays from Week 9. Now, it’s your turn to decide which one rises above the pack. Cast your vote below. Voting ends on Friday at 9 a.m. and the winner will be announced shortly thereafter.

Here’s a breakdown of the top plays:

Jalen Salavea, Skyview: How’s this for a big-man touchdown? The two-way lineman (and inside linebacker) broke one tackle after another toward a rare lineman punt return for touchdown in a 54-0 win over Nelson of Oregon. (Credit: Vancouver Public Schools / VPS GameTime)

Josh Collie, Spanaway Lake: Broke multiple tackle on his way to a long touchdown run in a win over Lakes.

DeAndre Napier, Steilacoom: Rush up the middle was not deterred by several defenders, thanks to Napier’s truck-stick. (Credit: Joey Crider @joeybamafan)

Ishaan Daniels, Bellevue: Picked off a pass in the end zone and hauled it 100 yards for what would have been a touchdown, had the return not been reduced to 19 yards due to penalty.

Kaleo Jandoc, Lynden: Broke off an 84-yard kickoff return in 14-6 win over Sedro-Woolley.