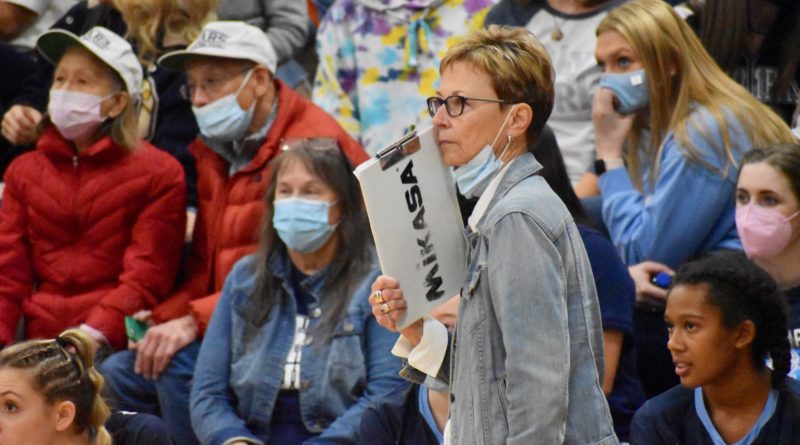 That will be the length of her tenure when she retires in a few weeks as Olympia High School’s hall-of-fame girls volleyball coach.

But also remind her that she’s coached high school volleyball in the state of Washington in six different decades?

“That sounds kind of ominous,” she said with a chuckle.

“She has coached mothers and daughters,” said former Puyallup volleyball coach Tony Batinovich, who retired last spring. “It is an amazing run. There isn’t anybody even close.”

“Laurie is the type of coach that if you got lucky and beat her the first time, you better have your A-plus game to beat her the second time,” Batinovich said. “She would find a way to beat you.”

The running joke, Batinovich explained, is around the stretch run of matches, if somehow Creighton thought her team would face you, she would show up during one of your matches with her troop of assistant coaches – notepads and video camera in tow.

“I’ve been a person that likes to prepare,” said Creighton, who noted she has graduated to the iPad for scouting opponents. “Why wouldn’t I give my team the best chance to win? Information is power.”

All of that has translated into one long run of success for the Bears.

During her time, Olympia has captured 15 league championships, won seven West Central District titles and advanced to the Class 4A or 3A state tournament 23 times.

And under the pressure of playing in the state tournament, the Bears have flourished with 15 podium finishes, and advancing to the finals four times – winning state titles in 1988 (3A) and 2011 (4A).

Currently, Creighton has amassed 864 career victories (and counting for a few more weeks), and will likely leave the sport No. 2 all-time in Washington behind Colfax’s Susan Doering (904).

But, retirement had been on Creighton’s over the past few seasons.

“As you get older, it is harder to summon the level of energy it takes to do the job,” Creighton said. “I knew I didn’t want to go out after a weird COVID year. That just didn’t feel right to me. And … these kids, I wanted to set them up for the future, and they had not been through an SPSL season yet.”

In mid-June, Creighton announced on the team’s Facebook page that the upcoming fall season would be her final one in charge.

“First of all, in the time time we’ve (husband Greg, former Olympia baseball coach and athletic director) been married, one or both of us have coached for all but 8-9 months,” Creighton said. “There have not been a lot of long (vacation) trips, because there was always something to come back to and take care of.”

Both are pickleball enthusiasts who have a great thirst of having an extended stay this winter in warmer weather.

But first, this volleyball group has matches remaining- continuing with No. 864 victory Saturday night in Creighton’s final appearance in the Bears’ gymnasium (which will now be called “Creighton Court”). Olympia swept cross-town rival Capital in three sets.

Afterward, former coaches, players and rival coaches all paid tribute to Creighton – first through a video on the Jumbotron and in person.

Finally, it was her turn to speak. And in her typical selfless fashion, she thanked all valuable contributors to the program, from parents, players, athletic trainers, administrators – even the janitor.

“It was about more than volleyball,” she told the crowd.

Indeed, it always has been.

(All photos by Todd Milles)