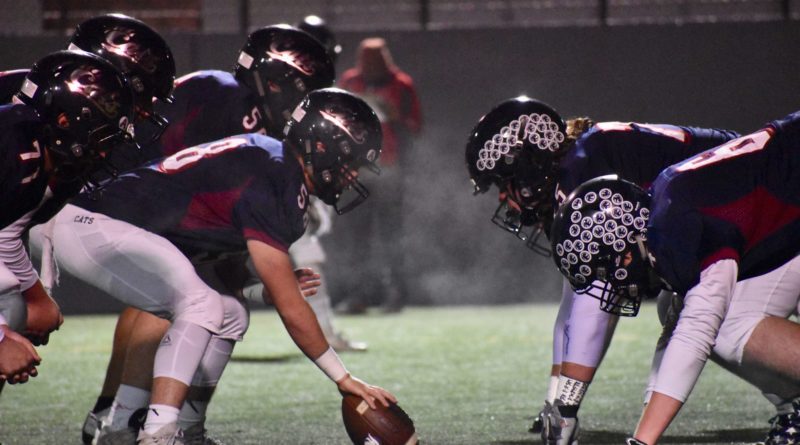 In 2018, the Washington Interscholastic Activities Association introduced seeding committees to determine the state football playoff fields as a way to replace the imperfect RPI computer rankings system as the sole factor in determining teams’ postseason positioning.

The concept received warm feedback. Now, three years later, it has spread to the round of 32.

On Sunday, after the last week of the regular season, a committee of athletic directors and coaches across the state will rank 32 Class 3A teams and assign state play-in matchups, in an effort to salvage week 10 games in a 3A classification with more teams than in previous years.

“We’re ranking 32 teams straight up,” Lake Washington district athletic director John Appelgate, who oversees the 3A rankings committee, said. “We’re creating 16 games of those 32 teams, and the winners will advance to the state seeding committee the following week.

The move comes as a response to an expanded 3A classification (79 teams) after the 2020 reclassification cycle, which allowed schools opportunities to class up or down due to socioeconomic and competitive factors.

And though it is made up of many of the same members, the Week 10 rankings committee is completely separate — in name and affiliation — from the WIAA’s six seeding committees, who meet to seed the state field on Nov. 7.

The WIAA doles out a state bids in proportion to the number of teams in the classification. Because 3A expanded, teams across the state are competing for 20 state berths in Week 9.

To avoid a situation where most postseason-caliber teams’ seasons ended in Week 10, leaving a few team competing to fill out the 16-team playoff bracket, district athletic directors asked the WIAA if it could salvage the a 16-team bracket, and turn the Round of 32 — Nov. 4-6 —into a head-to-head play-in melee.

“Otherwise, setting up a 20-team bracket, obviously you have byes,” Appelgate said. “What we’re doing now is taking all the districts … and combining all those allocations.”

Since the WIAA’s state-playoff seeding committees drew positive feedback in 2018 and 2019, the 3A classification decided to expand it in an effort to provide 3A teams more Week 10 games.

What does it all mean? Let’s take a look:

Is the 3A round of 32 essentially an expanded state bracket?

After committee members rank the top 32 teams in 3A, matchups are assigned 1 vs. 32, 2 vs. 31 and so on. The brackets published Sunday won’t show which ranking teams are assigned, though it may not be hard to piece together since the higher seed gets home field advantage.

“I’ve really been trying to be intentional with my communication,” Appelgate said. “There’s an interest in a lot of sports to have a 32-team bracket and the WIAA doesn’t do that … it’s a Week 10 play-in.”

What factors are at play in the 32-team matchup construction?

But Appelgate said a long road trip is not out of the picture for higher-seeded teams.

“I’m not going to say it’s impossible for a Mt. Spokane to travel to a west side school,” Appelgate said, “but we’re certainly going to look if there’s an easy adjustment to be made that doesn’t negatively effect anybody, and minimize travel, if possible.”

Though it wasn’t initially considered when the committees were proposed in spring 2020 (organizing administrators thought the pandemic would be over in a matter of weeks), COVID-19-related league standing situations are also taken into account.

Some leagues, such as the Metro League and KingCo, decided to rule any COVID cancelation in league play a forfeit to the affected team, in an effort to uniformly determine an order of league finish. Others, like the 3A South Sound Conference, decided to rule COVID cancelations no contests, which left league officials scrambling to determine standing scenarios after Peninsula canceled a league game and Central Kitsap canceled two.

“Now we can take a team where maybe their league called it a forfeit, and it was a loss, but they still qualified, and they still had a great season,” Appelgate said. “That really helps with that human element of not just looking at wins and losses.”

Why aren’t the other classifications doing this?

The simple answer is, 3A is the only classification with an allocated playoff field larger than 16 teams. That means 1B, 2B, 1A, 2A and 4A don’t necessitate a committee to determine Week 10 matchups statewide.

At the 4A level in past years, districts 1, 2, 3 and 4 already determine their seeds by plugging teams with postseason berths into a formula depending on league finish to create matchups. The idea for the 3A committee, Appelgate said, was an expansion of that idea.

And of the 22 Week 10 berths in districts one through four, will also be ranked by a committee on Sunday, Appelgate said. He will oversee both committees.

“On the west side of the mountains, we’ve been doing that for years,” he said.

Who is on the committee?

There is 100 percent overlap with the 3A state seeding committee. Appelgate, who is a voting member of the 3A committee, added Jesse Snider, Newport’s athletic director and the KingCo commissioner, to replace Appelgate.

“As we moved into this model, it was like, OK, do I pursue a separate committee?” Appelgate said. “Or do we just use the same people that are already following the games, because they’re well-versed in the sport.”

Appelgate will oversee the Week 10 3A rankings committees, then return and serve on the seeding committee.

Is it here to say?

Whitmore, who recently served as the WIAA Executive Board President, hinted that the committee could be the way things are headed when it comes to assigning Week 10 matchups.

He oversaw the launch of the first playoff football seeding committees, but is not involved in the Round of 32 3A rankings committee

“It certainly will be reevaluated as to whether or not we want to continue with it,” Appelgate said. “It’s certainly not a done deal for sure. But my hope is, if things go well, and we learn from ways we can improve it, and continue it on.”