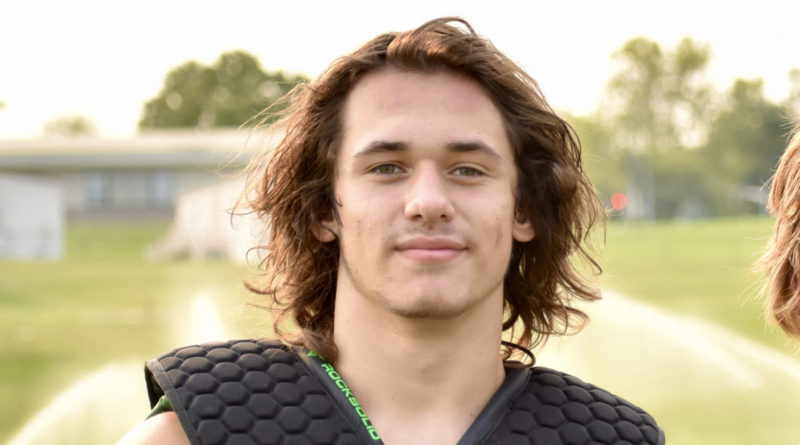 As Justin Mullgrav and the Eastern Washington University coaching staff got to know Elijah Rodriguez, the Richland senior was at the same time set on helping orchestrate a football program resurgence, and help the Bombers return to the state playoffs for the first time since 2018.

And as the No. 8 Bombers have racked up wins this fall, Rodriguez has simultaneously watched the Eagles (7-1, 4-1 Big Sky) winning high-scoring games, including its opener at FBS opponent UNLV.

As the power five programs in-state have struggled, EWU’s on-field product has even been considered the most exciting brand of college football being played statewide.

So when it came time to make a college decision, Rodriguez, a two-way all-Mid Columbia Conference selection’s choice was made easier simply by looking at the winning machine two hours down the road.

Rodriguez, a 6-foot-2, 210-pound defensive end and running back, committed to Eastern Washington on a Sunday night zoom call with the entire Eagles coaching staff with that in mind — playing winning football.

It helped, too, that his parents and grandparents will be a drive away from seeing him play.

“I’m excited to be so close to home and playing such a high-caliber level of football,” Rodriguez said. “That’s awesome to me, that I’m able to play at such a high level now.”

Rodriguez picked the Eagles over Air Force, and when he offered his pledge to the Eastern coaching staff on a phone call around dinner time Sunday, head coach Aaron Best let out a rousing “yee-haw.”

“I went to a couple other schools to visit and when I went to Eastern, it felt so much different, like a really different experience,” Rodriguez said. “And I love that.”

At 6-2, Rodriguez is taller than your average high school running back, but his explosive speed and ability to work between tackles are hard to stop. Defensively, at edge-rusher, his hits can be heard from the stands.

That versatility piqued the Eagles’ interest.

Mullgrav, the Eagles’ linebackers coach, wants him as a linebacker with the ability to move around positions in the middle of the defense. Picking back up playing linebacker, a position hasn’t played since he was a freshman, will be like getting back on a bike, Rodriguez said.

Rodriguez fielded advice from Eastern Washington freshmen Woodley Downard and Tuna Altahir — both recent Kamiakin standouts — throughout his recruitment. Downard reached out and congratulated him after he announced.

Rodriguez feels a sense of pride continuing a recent trend of MCC standouts taking their talents to Cheney.

“I like that. I like that it’s a lot of guys I know who went there and are doing well there,” Rodriguez said.

Before he steps foot onto campus, Rodriguez is one of the leaders of Richland’s hopeful return to statewide prominence. The Bombers (7-1), which won a 4A state title when he was a freshman, are in position to secure one of the 4A MCC’s two postseason bids on Friday against Kennewick (7-1) after 4-6 and 3-3 seasons — down years, by Richland standards.

All the while, Rodriguez will be watching, and rooting, for the FCS school down the road the rest of the way, too.

“You can’t beat that,” Rodriguez said. “You really can’t.”