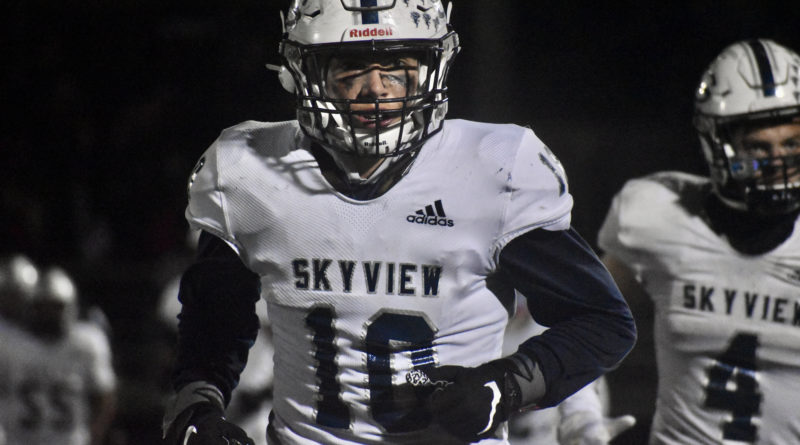 Each week, SBLive ranks the top 25 teams across the state of Washington regardless of classification. Here’s a look at how those teams fared in games played in Week 8 of the high school football season.

That is five shutout victories in eight games for Eagles, who put together a 95-yard touchdown scoring drive in backbreaking second quarter (21-0 lead).

Finally, the Viks were tested late – and it came from the Knights. RB Jayden Limar scores game-winning touchdown with four minutes to go – and defense holds.

A field goal, a safety – and two short Bryce Kooy’ touchdown runs (1, 2 yards) put Cougars in control (19-0) late in first half of a non-league game.

Tornados were originally slated to play Peninsula (COVID-19) in a game that very well could have decided the 3A South Sound Conference title.

When you have ATH Payton Graham on your team, you can do many things. So can he (rushing, receiving, passing, punt-return TD, and INT on defense).

Five plays – four touchdowns. That is a pretty efficient scoring ratio for the Wolves, who will go into the 4A KingCo title game undefeated.

Must already be playoff time for Kennewick, which rode RB Myles Mayovsky (217 rushing and receiving yards, two TDs) to win over MCC champions.

No 4A SPSL MVP Peyton Wing (knee)? QB Bo Carlson has a big night. So does PK Wyatt Redding, who catches 42-yard touchdown on senior night.

S Nico Ursino didn’t wait long to get the air out of this balloon. His opening-series interception return for a touchdown set the tone in Crusaders’ win.

Does RB Jason Brown ever get held under 200 rushing yards anymore? The sophomore totaled 212 yards and two touchdowns in win over Bulldogs.

Bombers make up for only having one first-quarter possession by scoring five touchdowns (three on QB Cameron Kitchens passes) in second quarter.

It is late October, and the Sentinels have stopped and started (COVID-19) on three separate occasions. This time, Stadium bows out.

Storm miss out clinching first outright 4A GSHL title in a decade, and now has lost 11 in a row to its Clark County rival. Turnovers and missed field goal hurt.

Eagles defense was all over the Marauders, limiting them to just 27 first-half yards. QB Trent Nobach also had big first half (four TD passes).

Viks defense terrorizes another Metro League quarterback with four turnovers (three INT), and that made the difference in this high-scoring game.

This one belonged to the defense (three turnovers, blocked field goal) in wet conditions. QB Colton Bower did have big night with legs (133 yards, two TDs).

With Notre Dame WR commit Tobias Merriweather out, RB Jayden Jones picked up the slack with a kickoff return for a score – and his TD catch broke 20-20 tie.