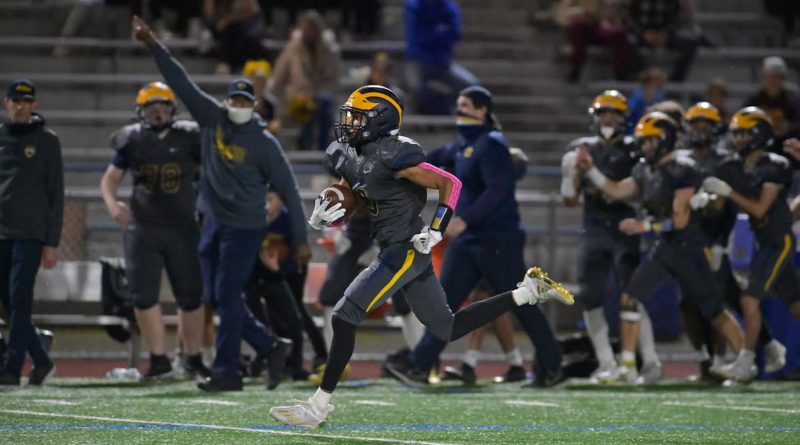 Speed was on display across the state of Washington in Week 7 of the high school football season.

From explosive touchdown runs, game-changing special teams scores, and a game-winning field goal, SBLive narrowed down the 10 best plays of the week for you to decide between. Cast your vote below. Voting ends on Friday at 9 a.m. and the winner will be announced shortly thereafter.

Here’s a breakdown of the top plays:

Kennedy Catholic’s Isaiah Malloe rips a 90-yard punt return for touchdown in a 59-14 win over Kentridge.

Kennewick’s David Wacenske reels in a one-handed touchdown catch by his finger tips, on a pass from Dayton Davis, in a 42-0 win over Hermiston. (Video credit: Tommy Wolf, @lit.media.productions)

Puyallup’s Luke Faccone hits a 19-yard FG to beat Emerald Ridge 24-21 in the final seconds of double-overtime in a 4A SPSL showdown.

Drew Sanidad returns a punt for touchdown — his second special teams score of the night — late to lift the Crusaders to a 28-27 win over Rainier Beach in a battle atop the Metro League standings.

Ishaan Daniels rips off a 74-yard touchdown run to put Bellevue up early in a 53-7 win over Liberty of Issaquah. (Video credit: Northwest Ballers)

Andrew Butler somehow grabbed a pass that seemed destined to be at least batted away, broke a tackle and raced 71 yards down the sideline to lift Auburn Riverside to a 28-21 win over Auburn Mountainview. (Video credit: Northwest Ballers)

Look out: Washington State-bound Ben Schlenbaker explodes for 90-yard touchdown in 34-14 win over previously unbeaten Sedro-Woolley in a 2A NWC showdown.

Mark Thorkelson take his second long-haul touchdown pass from Taylor Ioane to the house to build up a lead, hold off Tumwater 28-26 in a battle of 2019 state champions (4A, 2A).

Lakeside secures game-sealing interception in the final minutes to beat reigning 1A Northeast champ Riverside 6-0 in a battle of unbeatens.

Jackson Esary trucks what appears to be the entire middle of Onalaska’s defense on his way to a long touchdown run in a 58-6 win over the Loggers.