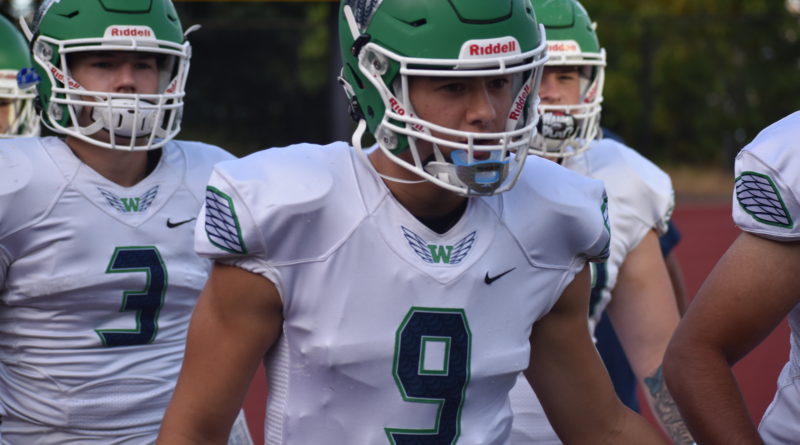 Is this the week top-ranked 4A squad Graham-Kapowsin gets tested, going to No. 4 Sumner? Who will emerge from the 4A KingCo Conference divisional championship games unscathed to play in the crossover championship game in two weeks? And will another No. 1 team in any classification fall in back-to-back weeks?

Those answers are coming this weekend.

Here is a quick recap of last week’s highlights, and a look forward to Week 7 storylines and games to follow:

THREE THINGS WORTH REVISITING FROM WEEK 6

One of the biggest reasons Rainier Beach is right in the thick of the Metro League race is its talented secondary, paced by CBs Caleb Presley and Amir Cornett, safety Nahmeir Robinson and nickel back LeManuel Donaldson, whom coach Corey Sampson calls the team’s “Honey Badger.” Defense had six takeaway in last week’s 41-0 win over Garfield – and three interceptions earlier against 4A Eastlake. “It’s one of the best pass defenses in the state,” Sampson said.

Rogers of Puyallup’s Isaac Looker is invested in the quarterback position. But when he hurt his throwing shoulder two weeks ago, he asked his coach/dad – former NFL receiver Dane Looker – to switch positions for the Rams’ ‘senior night’ game Saturday against Bethel. How did his receiving debut go? He caught 11 passes (on 14 targets) for 177 yards and three touchdowns in a loss. “You don’t get these special nights back,” Dane Looker said. “Turns out he had a great game.”

Eight-ranked Davenport has won and lost its share of close games this fall, but nothing like a 51-50 win over Liberty of Spangle on Friday – in a game that featured more than 1,000 combined yards. The Gorillas led 35-12 early in the second half, only to see it evaporate quickly – and need two key defensive stops by linebacker Jarrett Jacobson, including a goal-line interception in the final seconds. “He needed that, because he’d been struggling,” Davenport coach Justin Young said.

Vote for the top play from Week 6

We narrowed down the 10 best plays across the state of last week. You decide: Which one rises above the rest? (VOTE HERE)

Mini-elimination tournament in 4A KingCo

This is divisional championship week in the 4A KingCo – with Woodinville hosting fifth-ranked Bothell for the Crown title, and No. 8 Eastlake welcoming Mount Si for the Crest title. The winners will face off in the crossover league championship Oct. 29-30 weekend. “We’ve competed against them the past three years or so for this.” Mount Si coach Charlie Kinnune said. “It’s kind of fun being divisional rivals and all of that … and the table is set, for sure.”

An all-Auburn affair to determine 3A NPSL title

Auburn Mountainview beat Auburn Riverside, 52-13, to open last spring season on its way to the 3A NPSL crown. It was also Greg Herd’s first game as the Ravens’ coach. The rematch Thursday is essentially for the league title – and Auburn Riverside has significantly improved, especially in its linemen personnel. “They are talented,” Lions coach Jared Gervais said. “Last time … there were a lot of juniors. The difference now is their seniors have gotten better and better.”

Last spring, Riverside closed out its run to a 1A Northeast title by corralling Lakeside of Nine Mile Falls’ spread passing attack in a 40-12 win. The rematch between the No. 6 Rams and No. 9 Eagles is Friday – and Riverside coach Buddy Wood has a completely new secondary made up of three sophomores and senior Jordan Nortz, who has seven interceptions. “They’ve played above expectations, for sure,” Wood said. “It’s a tough matchup. We are going to have to play well to win.”

Skinny: While both offenses have been up and down – defenses have been lights-out this fall, especially forcing turnovers. Winner moves to the front of the always-shifting Metro League standings.

Skinny: Rare matchup of reigning state champions from different classifications (albeit from 2019), both teams have common-opponent loss this fall – to Oregon powerhouse Central Catholic.

Skinny: Spartans coach Keith Ross hasn’t been shy in stating his team is built to match Eagles’ physicality. Question is, can Sumner’s improved offense do enough to keep up scoring-wise?