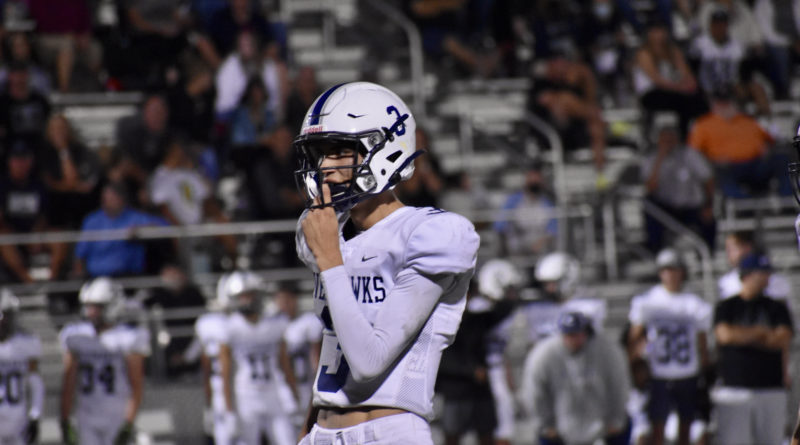 Chiawana dual-threat quarterback JP Zamora, one of the top arms across Washington in the class of 2022, has accepted a preferred walk-on spot at UCLA, he announced Sunday.

The 6-foot-4 signal-caller, who de-committed from Utah in May, cited the ability to compete for playing time and a scholarship as the reason behind his decision, and said he’s pictured himself wearing the Bruins’ blue and gold.

“Happier than ever,” Zamora said over the phone Sunday night. “UCLA’s been my dream school since I was a little kid.”

He was seemingly on the Bruins periphery from the start, too. The school was one of the first programs to send Zamora letters as an underclassman. That interest heated up this fall season, after he de-committed from Utah. He initially accepted a scholarship to play for the Utes in Nov. 2020.

Zamora, a three-star recruit and recruiting site 247 Sports’ No. 24 2022 in-state prospect, made a name for himself  was inserted as the Riverhawks’ starting quarterback as a freshman, and proceeded to help lead them to three consecutive Mid-Columbia Conference titles, a 19-game league win streak and two 4A state playoff appearances (there were no playoffs in 2020-21).

As a sophomore, he threw for 1,993 yards and 22 touchdowns versus 11 interceptions, with a 60 percent completion rate.

Ethan Young, UCLA’s Director of Player Personnel, attended Chiawana’s home game against Union on Sept. 23 and offered him a spot as a preferred walk-on afterward.

On Saturday, the day after the Riverhawks (3-3) beat Walla Walla 48-14, Zamora gave them his verbal pledge on a video call with Young, Bruins offensive coordinator Justin Frye and head coach Chip Kelly.

247 Sports lists him as the state’s No. 2 rated senior quarterback behind Graham-Kapowsin’s Josh Wood, who committed to Eastern Washington on Friday. Zamora is the lone quarterback commit in the Bruins’ 2022 class.