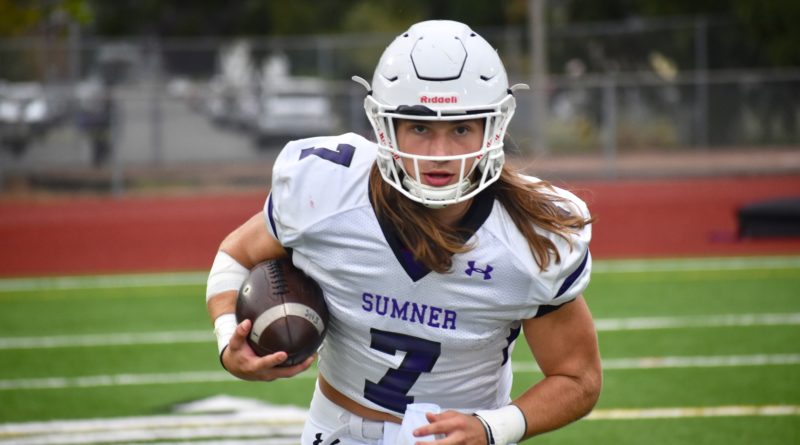 Each week, SBLive ranks the top 25 teams across the state of Washington regardless of classification. Here’s a look at how those teams fared in games played in Week 6 of the high school football season.

Nobody wins with eight turnovers, but RB Jason Brown (101 rushing yards, TD) and DB Kyan McDonald (INT return for score) had their moments.

With game tied 20-20 at halftime, Lions don’t move much on offense – and cannot hold Kamiakin down, either. QB Dayton Davis has two TDs.

RB Jaydon Jones continue to shine in workhorse role, tallying a career-high 257 rushing yards on 34 carries (and five TDs) in win over Tigers.

Nothing left in MCC to accomplish for Braves, who are well on their way to undefeated run; Payton Graham with TD catch, two picks on defense.

What can’t RB Payton Hoyt do? He rushes for 128 yards and a score, and also throws a touchdown pass to Austin Terry; defense gives up 31 yards.

It was a 7-7 game after one quarter – and then RB Jack Peterson got loose for three rushing scores to spark Wolves to blowout 4A KingCo win.

It was all about the Eastside Catholic defense – eight turnovers (including three interceptions by Tyson Weaver) and two scoop-and-run touchdowns.

First day back for coach Terry Cloer (COVID-19) was game night – and he was greeted immediately by Ethan Moczulski field goal; 23-0 lead at half.

Much-hyped game of two 4A unbeatens wiped away as Knights report Thursday they have COVID-19 issues. Next up – North Creek on Friday.

How do you get the lasso around QB Gabarri Johnson (285 passing yards, 110 rushing yards, six TDs)? Gonna take something stronger than rope.

Sentinels on the other side of the COVID-19 equation this week as Thunderbirds bow out of 3A PCL game. Next up – Bonney Lake on Thursday.

Knights’ 24-game winning streak will have to wait until a rare Monday game against an opponent they’ve shut out in past three games to add a win.

Not the usually-efficient effort Thunder fans are used to as offense commits turnovers on first two series, and defense lets Camas go off.

In penalty-marred game, QB Braeden Smith wins out with his legs (four rushing TDs), including final-minute score to sew up Metro win.