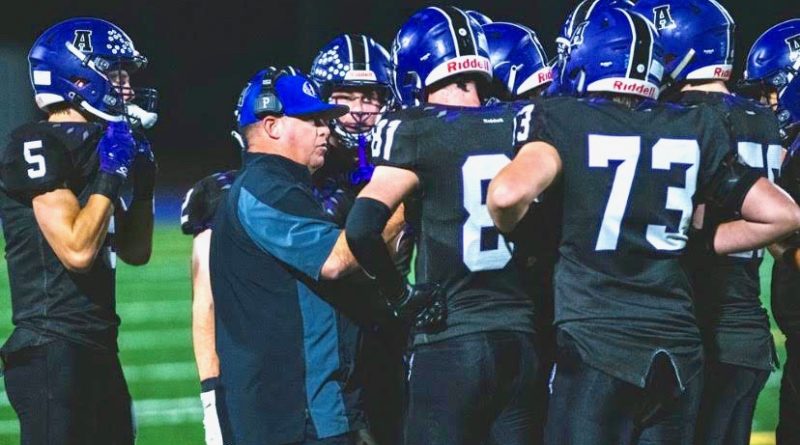 Still facing life in a pandemic – still stuck with mounting expectations – coaches are finding life in Washington high school football to be a challenging endeavor.

Given recent past history, and the team’s preseason expectations, here is a list of five coaches who SBLive WA thinks have done the best job guiding their respective programs at the midway point of the 2021 fall season:

Average amount of wins past three years: 2.0 (one season).

Skinny: This rebooted program almost falls under its own category entirely. For starters, the underclassmen-heavy Lynx played only a JV/C team schedule when it began again in 2019 under Hart (winning its first game with 27 players). And last spring, Lincoln joined the Metro League’s third-tier varsity division, and went 2-3. And now? The Lynx are still in the same division, but winning games convincingly with a roster of 75 players, led by LB Malcolm Dubin, OL Lucas Joss and QB Billy Versaw. “If we had to do a varsity schedule in Year 1, it would have set us back three years,” Hart said. “Their families would not have let them play.” Because the school is full of baseball athletes, the Lynx – not surprisingly – like to throw the football. And the coach feels like this team is ready to be promoted to the Metro’s second division soon. “I think they see that the future is bright,” Hart said.

Quotable: “I get a little bit crotchety, like what we are doing isn’t good enough. I pick things apart, but not in a mean way. I constantly want us to get better.” – Hart said.

Actual place in standings: Not applicable.

Average amount of wins past three years: 1.0 (over two seasons, did not play varsity football in 2019).

Skinny: Much like the aforementioned team at No. 1 – this program has taken a different path. A Navy transplant, Portz joined Chris Hunter’s staff in a winless 2018 season when roster numbers dwindled dangerously low – so much that the administration decided to suspend playing a varsity schedule a year later. “There were a lot of things we needed to adjust,” Portz said. “Obviously the culture was first.” So, in order to attract other athletes to play football, the coaching staff wanted to present a fun yet full-of-hard-work product. With 30 players, Anacortes went 7-1 in a JV/C team schedule – and a buzz was created. Last spring, the Seahawks went 3-3 in an independent varsity schedule. And now that Portz has taken over the reins this fall, his roster is up to 61 – and the momentum playing one more season of an independent schedule has carried over. “We are not trying to line up a schedule to get wins. But we are also not afraid to play anybody,” Portz said.

Quotable: “I am a little more of a rah-rah guy, trying to bring excitement by running around like a crazy man.” – Portz said.

Skinny: It’s been since 2007 when the Mustangs last had a winning season in the 4A KingCo. They might be on their way to ending that streak this fall. And listening to how passionate this big-hearted Texan talks about football – it’s no wonder Redmond is winning ballgames. The director of facilities of The Overlake School, DeLay took over the program right when the COVID-19 pandemic hit. But it was an opportunity to shift the culture of the program. He upgraded facilities and equipment and started a series of team-bonding activities, including a leadership council. “I just tried to create value,” DeLay said. With 32 players, the Mustangs went 2-2 in the spring season – but participation has skyrocketed to 80 this fall, led by SS Brayden Bruener, son of former NFL tight end Mark Bruener. Redmond started with four victories in a row before last week’s loss to No. 8 Eastlake. “Every week, we are trying to take another step,” DeLay said.

Quotable: “I had a great mentor in Texas in Mike Barber, who played (a decade) in the NFL. His teams (at Grace Prep) never had a losing season, and won five state titles (in eight seasons). I’ve picked up a lot from what he did.”

Skinny: Aside from extended success in the 1960s, Goldendale football has been mostly up and down. “When I grew up here, it was a basketball school,” said Cochran, a 2010 graduate. After he finished up playing at Whitworth University, Cochran returned to start his own fence-building company. Five years ago, he joined the football staff at his alma mater. And in 2018, he became the new coach. His first aim was surrounding himself with assistants who were just as invested in the program’s turnaround as he was, and hired former teammates Blake Lesko and Kyle Cairns (as well as ex-coach Alan Hale) to his staff. Then, he started the process of reigniting player interest. It’s worked. Despite a few rough seasons in 1A (two in the 1A SCAC; last spring in 1A Trico), the Timberwolves’ belief began growing. So did numbers. And a win over Tri-Cities Prep (and close loss to Cashmere) has this team, led by RB Caleb Smith and DL Matt Blain, rolling (and ranked).

Quotable: “After our spring season when we went 1-4, that following week we had 35 kids back in the weight room. They are starting to buy in and believe in each other.” – Cochran said.

Skinny: In all honestly, this return-to-winning rise by the Knights has been brewing for a while. It is just where the program was when Thomas, a former WSU player who enjoyed success at Auburn Riverside, was hired in 2018. In his first two seasons, Kamiak posted the last of a string of three 1-win seasons. That is when Thomas decided to change up his offense, and sough outside help from former NPSL rival coach Gordon Elliott, who ran a double-wing jet sweep attack at Auburn. “Having defended it, I know it is a tough offense to stop,” Thomas said. It is an offense that accentuates the strength of his athletes at Kamiak, notably WR Wesley Garrett – whom Thomas considers a 1,000-yard rushing and receiving threat. Last spring, the Knights went 4-0 debuting the new offense – and with QB Ben’tre Worthy adding a passing element to it this fall, Kamiak is one of nine undefeated 4A schools heading into this week’s showdown with Glacier Peak.

Quotable: “We are ready to make a run at a playoff bid. Whether or not we can challenge for a Wesco title, that is a whole another story. There are levels to (achieving success), and we haven’t proven to be at that level quite yet.” – Thomas said,