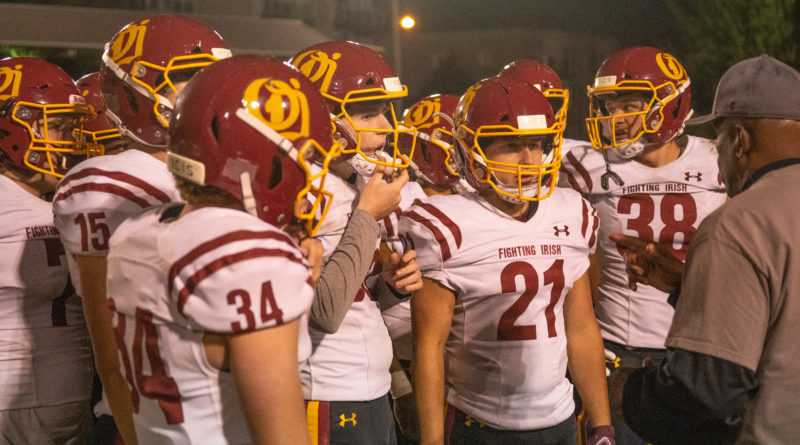 Each week, SBLive ranks the top 25 teams across the state of Washington regardless of classification. Here’s a look at how those teams fared in games played in Week 5 of the high school football season.

Nothing like an early QB Joshua Wood (209 passing yards, three TDs) passing score, and a defensive goal-line stand to get your outing going.

When RB Jayden Limar is involved early – he had all of the team’s three first-half touchdowns – opponents have no shot in roping in the Vikings.

Defending 4A Greater Spokane League champions were supposed to get first look at first-year Ridgeline, but Falcons forfeited mid-week.

QB Dayton Davis rushes for two touchdowns, throws for another – and RB Myles Mayovsky has another multiple-touchdown (three) game in win.

Doesn’t have to be pretty – just has to go in the win column. RB Bryce Kooy goes 22 yards for the game-winning touchdown in final two minutes.

Rolling the dice twice on fourth downs in the opening quarter – with runs. Confident Tornados convert. They go on to score touchdowns both times.

Reigning Class 2A champions get the week off before heading off to Shelton in 2A EvCo action – then 4A champion Camas looms following week.

Seattle TV station had this has its game of the week – and QB Parker Barrysmith does not disappoint with three touchdown passes in first half.

On a turnover-filled night by the offense, LB Dallas Daley and the crew scored a touchdown – and later registered a game-ending sack to hold off Bulldogs.

For a Slot-T rushing attack designed to chew up defenses, Tomahawks blow up on a lot of big-chunk plays (three 70-yard-plus plays against Ferndale).

A week after thwarting a game-winning field goal in the final seconds – Aiden Labrosse boots a 32-yarder to complete furious final-quarter comeback.

PK Caden Lawlor’s field goal early in fourth quarter cut it to 21-13. Just seems like Panthers need to clean up little stuff to be down-the-stretch factors.

Charlie Kinnune and company cannot help but be in close games. Unfortunately, after two OT wins, this result went against them in the final minute.

Defense wilted in 3A Wesco championship showdown. Can LB Isaiah Carlson and company get this fixed in time to make postseason run?

Half the team is quarantined (COVID-19) and no defensive coaches on the sideline – so it makes total sense that Wildcats’ defense would pitch shutout.

Abes score on all five first-half possessions – with three touchdowns coming through the air by surging QB Gabarri Johnson (310 total yards) in win.

A close game – finally! And Sentinels proved they could win one as RB Joshua Collie’s 31-yard touchdown run with 1:15 remaining is game winner.