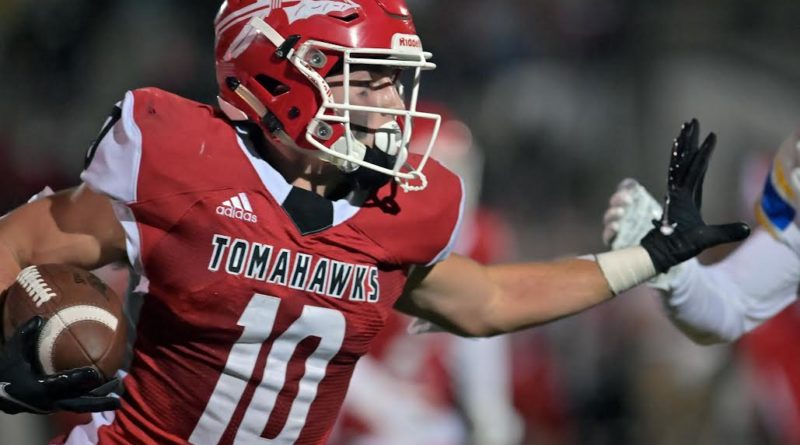 An expected 3A Wesco clash between the Tomahawks and No. 8 Ferndale didn’t live up to the billing Friday night. Marysville-Pilchuck easily won at Quil Ceda Stadium, 49-15.

Marysville-Pilchuck had everything working, especially its run game, while Ferndale’s usually dominant rushing attack was turned into a non-factor.

The Tomahawks stayed perfect this season, improving to 5-0, and handed the Golden Eagles their first loss.

Here are four observations from the Marysville-Pilchuck-Ferndale game:

Taking the opening kickoff, the Golden Eagles started with two rushing attempts for minimal gain, and an incomplete pass from quarterback Mark Schlichting for a quick three-and-out, giving the Tomahawks the football.

Marysville-Pilchuck marched down the field, and it wasn’t long before the Tomahawks got their first score of the game on a 3-yard touchdown run from Dylan Carson.

“I think it was just getting off the ball up front, reading our keys, getting off blocks and rallying to the football. I thought we did a good job of that,” Marysville-Pilchuck coach Brandon Carson said.

NO SHORTAGE OF BIG PLAYS

Tomahawks running back Dylan Carson scored his second touchdown on an 82-yard sprint to the end zone in the first quarter – and it wouldn’t be the only 70-plus-yard touchdown of the night for Marysville-Pilchuck.

Receiver Jordan Velasquez scored on an 86-yard catch and run from quarterback Jace Luton in the second quarter, and Carson added another long touchdown to his total with a 71-yarder in the second half.

Speaking of that 71-yard score from Carson … it came on a fourth-and-1 gamble from the Tomahawks’ own 29.

Considering the Ferndale defense hadn’t made a stop, it was no surprise Marysville-Pilchuck went for it.

Carson finished the night with five touchdowns and 225 yards on the ground. Luton threw for one score. and Michael Bejar zig-zagged through every level of the Ferndale defense for a 33-yard touchdown run late in the game.

The Tomahawks attempted no punts on the night.

Even though they were trailing by four scores at halftime, Ferndale tried and tried again to get its Wing-T attack going.

The running backs for the Golden Eagles, who have torched other defenses all season, just couldn’t find their footing – especially on big-chunk plays.

Both of the Golden Eagles’ touchdowns came in the fourth quarter when the game was out of reach.