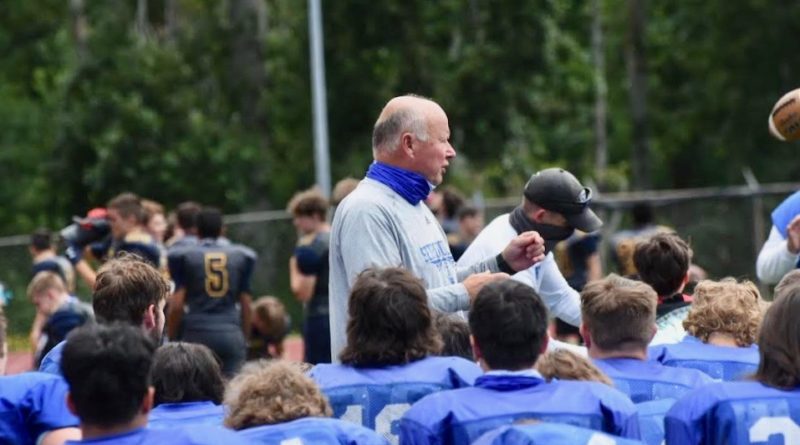 Chances are if you give Dave Ward a chance to recharge – and refocus – good things will happen for your football program.

And after opting out of Sedro-Woolley High School’s spring football season due to COVID-19 concerns, Ward is back leading the Cubs’ charge.

While many figured it would be a dogfight among Lakewood, Lynden, Squalicum and Archbishop Murphy for two Class 2A state berths from a loaded Northwest District, it is Sedro-Woolley that is the only remaining undefeated team – at 3-0.

The Cubs are coming off their biggest win in a few years by shutting out preseason Northwest Conference favorite Lakewood, 44-0, on Friday.

In fact, in three games, nobody has even scored on the Cubs.

Ward noted the win over Lakewood was pretty significant, especially after the Cougars handed them a 27-0 loss in 2019 when this “savvy group of seniors” were varsity experience-gathering sophomores.

Wing-T-powered Sedro-Woolley certainly returned the favor Friday – behind backup quarterback Tyson Brown, who started the season as a wingback, and running back Connor Davis.

“We’ve geared the offense around a Wildcat approach,” Ward said. “We are going to run the ball.”

After COVID-19 hit the Puget Sound area in the spring of 2020, Ward decided to not only retire from teaching – with no available vaccine at the time, he decided to take a temporary leave from Sedro-Woolley football last spring.

“I really wanted to make sure I wasn’t around kids, and I wasn’t going to bring something home to my family,” said Ward, noting his wife, Chris, has asthma.

So, while the team’s defensive coordinator (now defensive backs coach) Johnny Lee took over in Ward’s stead, what did the hall-of-famer do in his first time off after 43 years of coaching?

“I did projects around the house and got a lot done here,” Ward said. “And once the vaccine was in place, we did some traveling, relaxed and saw family.”

Ward did watch the live stream of Sedro-Woolley games. The Cubs went 1-3.

It was never a question whether Ward – who led Oak Harbor to a Class 4A title in 2006, and the Cubs to the 2A crown in 2014 – would return to the program or not. In fact, he admitted once he got back into the grind of preparing for the fall season, he was “refreshed, recharged or rejuvenated – whatever you call it.”

But he was also initially worried about how well his return would be received by a team that returned every starter from the spring.

“It was pretty amazing. They were full of smiles and they were genuinely happy that I wanted to come back,” Ward said. “I was excited to see the kids again.

“It was like we’d never left or missed a step.”

Ward is pleased with the start, but knows a road encounter with Archbishop Murphy, and home games with Squalicum and Lynden still loom on the schedule.

“We just want to take care of today, and get ready for tomorrow,” Ward said. “There is hardly any break in the schedule. It’s pretty intense … it it could come down to who has the healthiest group throughout the season.”

(All photos courtesy of Rachael Rodriguez-Padilla)