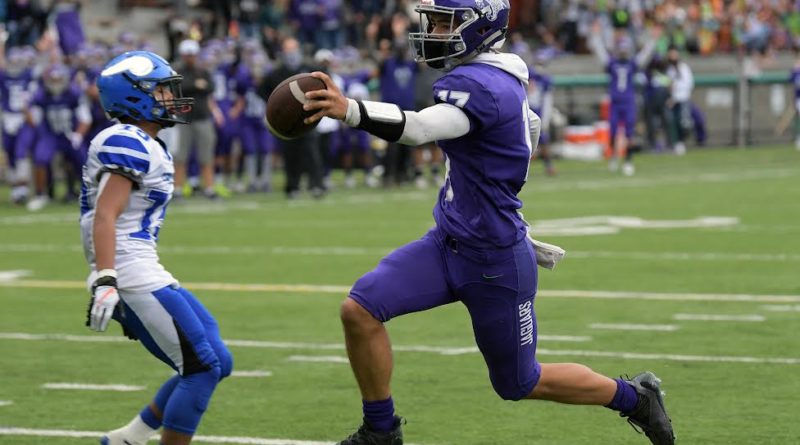 Week 3 of the Washington high school football season featured plenty of great individual plays. SBLive compiled 10 of the best from all across the state in games that took place between Sept. 15-18.

9. Glacier Peak D-lineman Baxter Cox eats up a pass at the line of scrimmage for a big-man interception in the Grizzlies thrashing of Woodinville. (Video source: STSPN)

8. Braeden Smith explodes for a long touchdown run on a QB keeper, then hits sophomore Drew Velling for a 73-yard touchdown pass to help Seattle Prep pull away from Mount Baker.

6. Peyton Wing’s 23-yard touchdown run helps lift No. 4 Sumner over No. 6 Puyallup in a 4A SPSL showdown between state contenders.

5. North Creek QB Kennedy McGill emerged from a pile of defenders, emerges and explodes for a touchdown in a thrilling loss to Idaho power Coeur d’Alene.

4. Auburn Riverside scoops up a fumble with three seconds left in a come-from-behind 42-38 win over Auburn. Penalty brought back the touchdown on the fumble recovery, but the Raves held on to win a game it at one point trailed by 24 points. (Video credit: Brandon Huffman, 247 Sports)

1. Mt. Spokane receiver Jordan Sands makes Randy Moss-esque touchdown catch over a defender’s back off of a pass from Kellen Flanigan in a 41-0 win over Ridgeline. (Video credit: Keith Osso, KYLY)