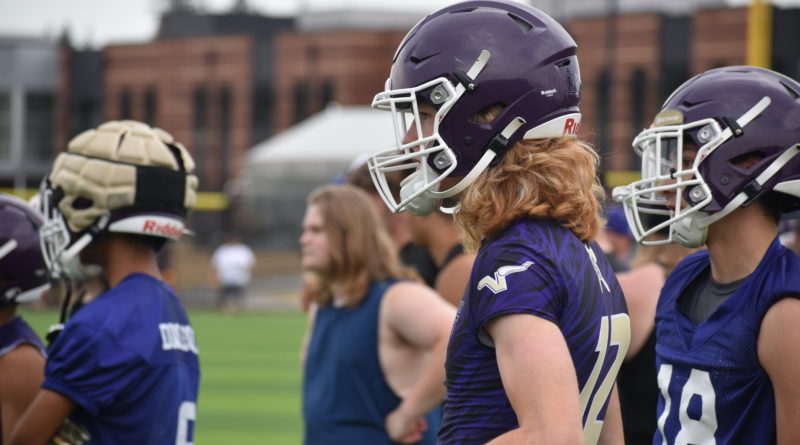 A few more leagues are moving into league play this week, including ranked 3A team Spanaway Lake, which returns from a two-week COVID-19 quarantine to face Silas in a 3A Pierce County League opener.

Also, ranked 4A program Lake Stevens is back as well – facing No. 1 O’Dea in a non-league showdown at Memorial Stadium.

Here is a quick recap of last week’s highlights, and a look forward to Week 3 storylines and games to follow:

(Listen to the SBLive Washington podcast above, leave a review on Apple Podcasts and subscribe wherever you get podcasts)

THREE THINGS WORTH REVISITING FROM WEEK 2

Yelm developing into a legitimate 3A contender?

Before Jason Ronquillo was hired in 2013, Yelm was a middling program, at best. Now, the No. 6 Tornados are on track for their fifth winning season in a row after big wins over Lincoln of Tacoma and Mount Si to start the season. “That gave us street cred,” Ronquillo said with a chuckle. “This thing started with some adults 8-9 years ago. But at some point, the kids have to take over the program … and they are what they’ve made of it.”

Dylan Carson making a habit of having big games

Marysville-Pilchuck’s slot-T rushing attack piled up more than 500 yards last week against Stanwood – with senior running back Dylan Carson totaling a career-high 316 yards and five touchdowns in a 49-14 victory. He now has rushed for at least 200 yards in four of his past seven games, dating back to the spring. “His style hasn’t changed much – he still runs hard,” Tomahawks coach Brandon Carson said. “But he is running with way more confidence.”

All the right ball-hawking moves at Nathan Hale

Former all-Metro League cornerback Taylor Cassell is back coaching his alma mater at Nathan Hale – and was especially pleased to see his secondary collect a school-record six interceptions in a win over Interlake on Friday night. “It is awesome. I am an old defensive backs coach, so I pride myself in good secondary play,” Cassell said. Jahiem Fritts had two of them, and brothers Tristan and Tyler Adams, Xavier Crews and Jamsion Gobina-Riggins had one apiece.

Most teams around the state have played games so far, even amid the always-adjusting time of the pandemic. But No. 2 Lake Stevens (4A) and No. 4 Spanaway Lake (3A) are just getting their seasons started this week. “One of my kids said it best, if feels like we’ve been practicing for months and months, and gotten nowhere,” Spanaway Lake coach Cameron Robak said. Added Lake Stevens coach Tom Tri: “At least we are playing.”

Union coach Rory Rosenbach confirmed to SBLive WA reporter Andy Buhler that starting quarterback Dominic Colletto (upper arm) could miss the season with a broken humerus bone, suffered early in the Titans’ Week 2 win over Mountain View. Up next? It will be sophomore Mitch Ratigan’s turn to run the show. “That’s the plan,” Rosenbach said. Ratigan is the best downfield-passing option left to get the ball to Notre Dame commit Tobias Merriweather.

Toppenish senior Jason Grant is an all-state defensive back and reigning SCAC defensive player of the year at strong safety – and just set the school record with 222 receiving yards in a win last week over Pullman. He is among the state leaders in receiving yards (371), interceptions (three) and touchdowns (six) – and is also the ideal leader for a young Wildcats’ group trying to win the league again. “He is a high-level kid, and he knows how to bring it,” Toppenish coach Jason Smith said.

Skinny: Viks have won the past four meetings in convincing manner, and have terrorized Sumner with big plays and forcing turnovers. Home team gets nod in pick’em game.

Skinny: Both programs think they have the MCC’s most dynamic quarterback on their side. Could come down to who plays best – Richland’s Cameron Kitchens or Kamiakin’s Henry Mercado.

Skinny: Not too many 2A programs have two-way perimeter threats like Ridgefield’s Ty Snider and Hockinson’s Andre Northrup. Hawks’ 26-game 2A GSHL winning streak could end here.