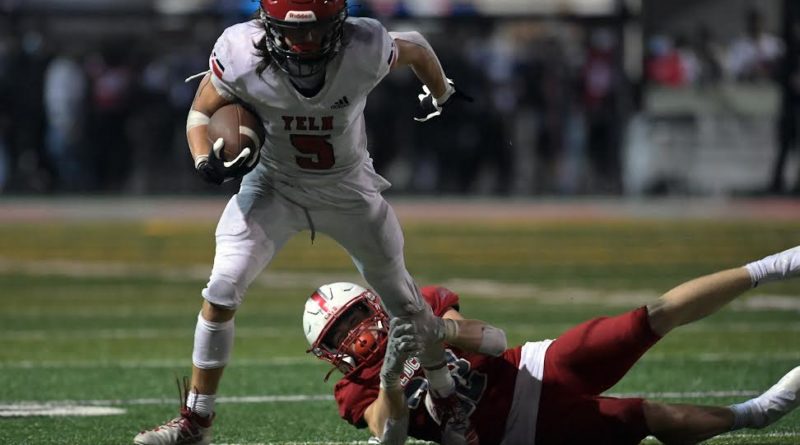 Week 2 of the Washington high school football season featured plenty of great individual plays. SBLive compiled 10 of the best from all across the state in games that took place between Sept. 9-12.

10. Jahiem Fritts of Nathan Hale nabs an interception to break school record with six INTs as a team in a 35-12 win over Interlake.

7. Rainier Beach receiver Jaelin Green used all of his 6-foot-5 frame to haul in a touchdown over a defender in a 17-16 loss to Eastlake.

6. Bothell running back Bryce Kooy went for 57 yards for the game’s opening touchdown in Bothell’s 41-20 win over Tahoma. (READ MORE)

5. On Jason Grant‘s way to a program-record 222 receiving yards in a win over Pullman, the Toppenish two-way standout had touchdown receptions of 78 and 52 yards.

4. Yelm standout Kyler Ronquillo isn’t just the team’s top receiver and defensive back, but also a big-play return specialist, which was on display with his long punt return for touchdown in a 41-20 win at Mount Si.

3. It’s hard to choose which of Lincoln (Tacoma) QB Gabarri Johnson‘s seven touchdowns (four passing, three rushing) and 570 total yards of offense are the most highlight-worthy. This long touchdown run on a read option deserves a close look.

2. Is that Russell Wilson? Seattle Prep QB Braeden Smith flashed a scramble that might make the Seahawks’ signal-caller proud, evading a collapsing pocket and connecting for a long-haul touchdown pass, one of his five total in a 56-27 win over Bishop Blanchet.

1. Following a standout sophomore season as a Division I-caliber lockdown corner, Kamiakin’s Gabe Tahir made some second half magic with a 42-yard touchdown reception in which he burned most of Chiawana’s defense in a 46-24 win. (READ MORE)