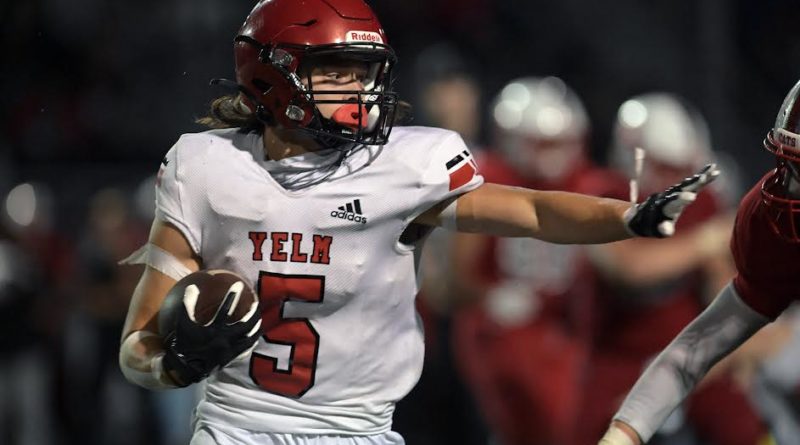 SNOQUALMIE – Just about the time the lights literally went out at Mount Si football stadium on Friday night, the Yelm Tornados already were finishing off an impressive 41-20 non-league victory over the Wildcats.

It was a game that originally wasn’t even on the schedule. But when 3A Yelm learned just before the season that its non-league opponent Spanaway Lake had COVID-19 related issues and wouldn’t be playing at least the first two weeks of the season, it needed a game.

Mount Si had virtually the same thing happen with Lake Stevens. So, the two schools quickly put this classification crossover together.

“It was either them or Lake Stevens,” Mount Si coach Charlie Kinnune said. “We scheduled Lake Stevens for a reason, to come in here and do just this. This is a brand new team. We’ve got sophomore starting across the front. We need to find out right away how tough we are, and Yelm was by far tougher than us. They just took it to us.”

LIGHTS OUT, TORNADOS ON

The aforementioned blackout at the stadium happened at 10 p.m. on the dot. The stadium lights, staff members said, were set on a timer.

The blackout caused a 21-minute delay in the action. It came with 3 minutes, 50 seconds left to play, the Tornados facing a fourth-and-5 from the Mount Si 7-yard line, and Yelm already leading, 34-20.

While Yelm failed on the fourth-down pass, the delay may actually have helped on the ensuing Mount Si possession. The Wildcats had gone 70 yards in just three plays just before that Yelm drive that ended inside the 10, to close the gap from 34-13, with 10:04 to play.

That drive had taken only 54 seconds, and got the Yelm coaching staff thinking. So …

“I hate to say this, but the lights going out got us a chance to talk to our guys and our defense,” Yelm coach Jason Ronquillo said. “Put some things in on the fly. We literally ran the same call four plays in a row at the end and pinned them down there. They just couldn’t pick up the twist. It was kind of beneficial to us to have the lights go out, to be honest.”

It wasn’t the first time Ronquillo had experienced such an event.

The same thing happened to Yelm during a previous season, playing Stadium at Mount Tahoma, he said, with four minutes remaining in the first half. Both teams had to retire back to the locker rooms and come back out once the lights came back on.

Often overlooked, the so-called “third phase: of the game made big plays for both teams Friday.

Just 10 minutes into the contest, Andy Cole shot in from the left side as Yelm tried to punt the ball away from its own 36-yard line.

Cole blocked the ball to the ground, chased it as the ball bounced near the 25, grabbed the rock and scampered in untouched for the game’s first touchdown and a 7-0 Wildcats lead.

That punt return came later in the first quarter and was the second of three scores on three possessions that put the Tornados in front for good, 21-7.

Yelm still trailed, 7-6, when the Wildcats punted from their own 33. Kyler Ronquillo retreated, picked the ball at his 29, and wove his way back down the field for 71 yards and the go-ahead touchdown with 40 seconds to play in the first quarter.

While the special teams made explosive plays, the Yelm running game simply continued to plug along, led by Brayden Platt. The sophomore back worked hard for 44 first-half yards on 11 carries, and he scored the first Tornados touchdown to close the score to 7-6 with 2:31 left in the first quarter.

“We started off hot, but then we both started switching up the game so it slowed down a little,” Platt said.

But the constant pounding paid off.

“We kind of wore them out up front,” coach Ronquillo said. “I think their game-plan going in was to stop our run game. We had to come out with some variety. We were taking what they gave us.”

In the end, Platt got his. His last rushing attempt resulted in a 9-yard touchdown, giving him three scores and 104 yards on 21 carries.

One thought on “The lights go out, but the Yelm football show goes on in impressive win at Mount Si: 3 observations”