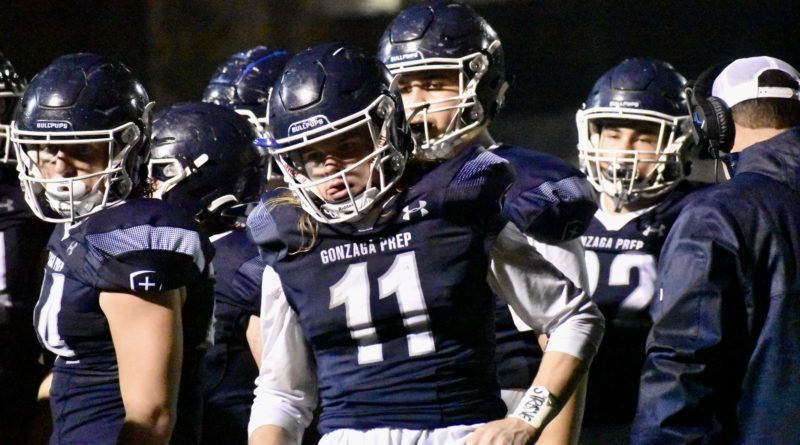 COVID-19-related cancelations hit Week 2 of the Washington high school football season hard, with cancelations and reschedules occurring across the state.

Each week, SBLive ranks the top 25 teams across the state of Washington regardless of classification and in total, 22 of the 25 teams played over the weekend. Here’s a look at how those teams fared in games played in Week 2 of the high school football season.

After two COVID-19 quarantine weekends, the 4A Wesco champions expected to kick off their season next Friday at 3A No. 1 O’Dea.

There’s another Velling make some noise in the program – Drew, a sophomore receiver. He returns blocked punt for a touchdown.

After two COVID-19 quarantine weekends, the 3A Pierce County League champions expected to kick off their season next Friday at Silas.

Sophomore Blake Teets rushed for 108 of the Wolverines’ 260 total yards on the ground, including an 11-yard touchdown, and linebacker George Kruger’s 10 tackles (two for loss) led a defense that posted a shutout.

Sloppy start turns with big “Wow” moment – Dylan Coffey’s touchdown return of a blocked punt – as Sumner has another convincing 4A SPSL win.

This is the grinder style the Lions prefer to play, so surviving a low-scoring game doesn’t faze third-year coach Randy Affholter one bit.

Run game purrs – RBs Zaire Ford and Kyle Cramer both eclipse the 100-yard mark – but Puyallup needs to sharpen up before G-K game.

Emerging as one of the more complete teams in 3A as Tornados gets big contributions from all three phases in road win in Snoqualmie.

Replacement game was a nail-biter – one that LB Harry Reid saved by forcing red-zone turnover to end promising Vikings’ drive in final minute.

It might be the single-best individual performance at historic Lincoln Bowl as QB Gabarri Johnson has 570 yards of offense, seven TDs.

Nationally-televised game becomes lopsided as the Eagles jump out to 34-0 first-half lead behind three touchdowns from QB Colton Allen.

Sheldon Cross-coached “Air Raid” offenses just don’t get shut down like that. Only other time he was blanked was 2008 while at Interlake.

A week after debuting with four touchdowns, RB Payton Hoyt adds three more, all in the first half, in shutting out the Cougars.

Wildcats had two games – Mead and Coeur d’Alene of Idaho – scheduled this week. Both were nixed because of COVID-19 outbreaks.

Does RB Dylan Carson have a 400-yard rushing game in him? He blitzed the Spartans for a career-high 316 yards and five touchdowns.

The Abshire brothers – Luke (two passing touchdowns) and Zac (rushing TD) – account for the scoring as Bears bounce back.