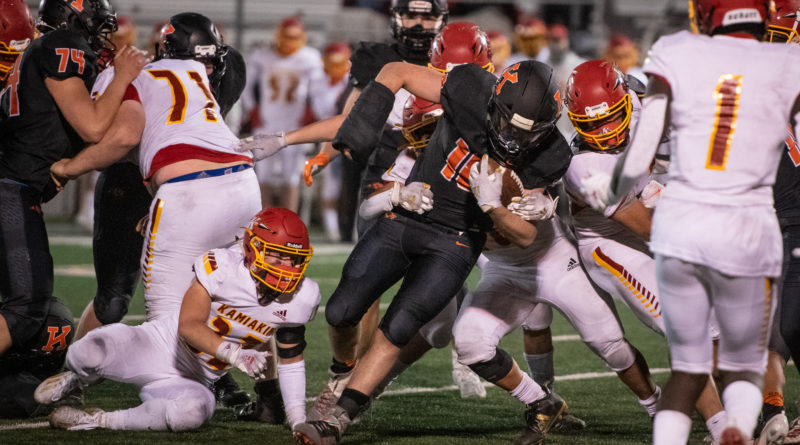 Kennewick standout senior running back/linebacker Myles Mayovsky joined the SBLive Washington podcast (23:43 minute mark) to talk about the program culture under third year Lions coach Randy Affholter, what it was like playing with a hard cast around a broke thumb during the shortened spring season, the team’s Mid-Columbia Conference and 3A state playoff expectations and a recruiting update (he has his eyes on you, Washington State).

Before Mayovsky, reporters Andy Buhler and Todd Milles open the podcast with a preview of the top games, storylines and give predictions for Week 2.

The podcast has ramped up to two episodes per week during the high school football season — one on Monday recapping the previous weekend’s game and one on Thursday, which features a preview of the top games across the state for the upcoming week and an interview with a standout athlete.

Listen to the episode here, leave a review on Apple Podcasts and subscribe wherever you get podcasts: