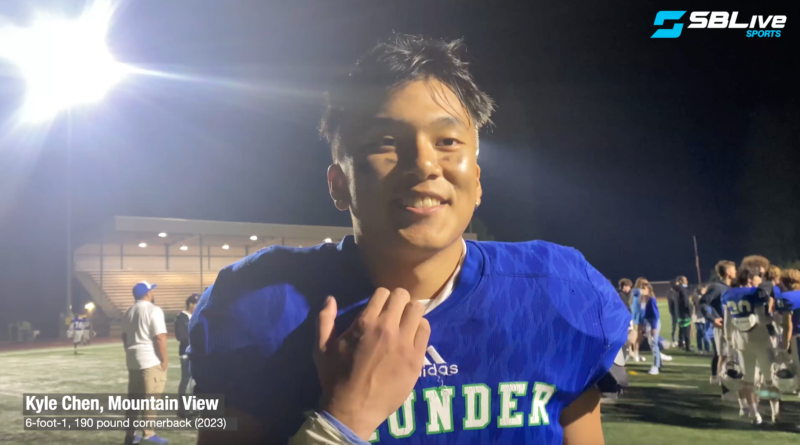 VANCOUVER, Wash. — When Kyle Chen found his way into Mountain View’s starting lineup as a freshman, it was a rare sight for an Adam Mathieson-coached group, but  a necessity. The program was coming off of a senior-heavy 3A state semifinal run and had graduated the bulk of its starting lineup.

Mathieson plugged in Chen at corner and watched as he asserted himself as a reliable starter, and a clutch playmaker. He intercepted a pass with 11 seconds left to seal his team’s win in a back-and-forth shootout with streaking Prairie, which at the time preserved the Thunder’s hopes of keeping its league title streak alive.

Two years later, he’s every bit the playmaker. And now, he’s stepped into an even more important role.

“I think I’ve become more of a leader,” Chen said, “trying to make sure my team stays on track through everything that goes on.”

At 6-foot-1, 190 pounds, Chen is a three-star prospect, per 247 Sports, and holds offers from Penn State and Colorado.

He caught a 39-yard touchdown pass in the Thunder’s 36-2 season-opening win against visiting Kentlake on Friday.

Defensively, Chen, who is significantly bulkier than he was two years ago, will be relied on at corner, safety and maybe even linebacker — wherever he can have the greatest impact, according to Mathieson.

SBLive caught up with Chen after the Thunder’s Week 1 win to talk about the Thunder’s aspirations, his growth over the past two years and how he’s navigating the recruiting process: