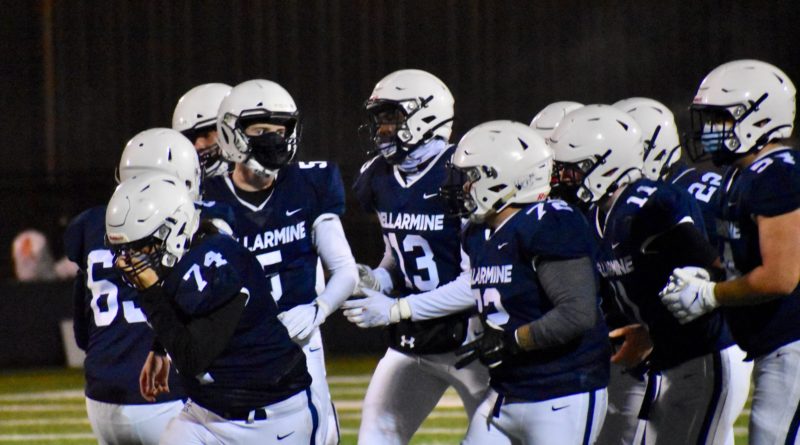 Bellarmine Prep was trailing on the scoreboard – and down on go-to offensive playmakers.

Except for senior Ty Faker, who came up with arguably the biggest contribution in his Lions’ career Saturday night in Tacoma.

Faker caught a 19-yard touchdown pass from third-string quarterback Tyler Stowers that proved to be the game winner with 2:13 to go, and Bellarmine Prep escaped with a 30-27 victory over Olympia in an early-season showdown of 4A SPSL playoff hopefuls.

Stowers, a sophomore, was in the game after starter Tristan Warner (collarbone) and backup Payton Faker (ribs) left with injuries.

But he delivered an across-his-body strike on a rollout, and Faker got his foot down in the left part of the end zone.