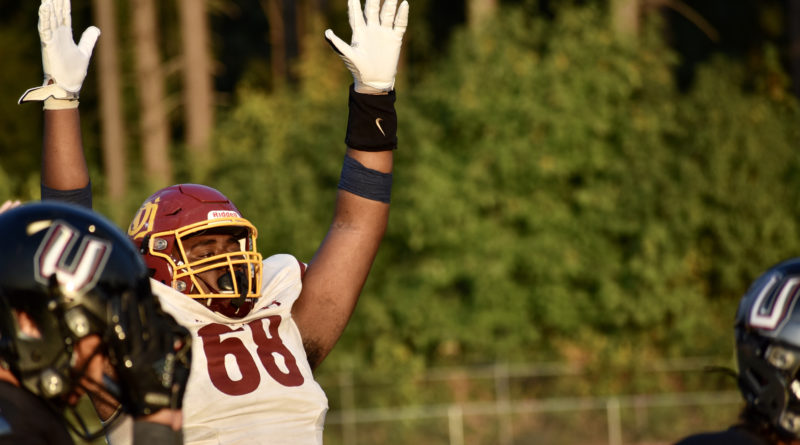 SBLive identified the Top 25 high school football teams across the state entering the fall 2021 season spanning all classifications. The rankings will be updated the beginning of each week, after all games from the previous week have concluded.

After a breakout freshman season in the sprig, Jason Brown picked up where he left off, turning 23 carries into 284 rushing yards. His three touchdowns were from 21, 80 and 22 yards out.

The Vikings canceled their first two games, including what would have been its season opener against Eastlake on Friday, due to COVID-19 protocols.

Led by QB Braeden Smith’s four touchdowns, the Panthers outraced Archbishop Murphy, 41-18. Three of Smith’s touchdowns were on the ground — the fourth was a kick return.

The Bullpups coasted past U-High in its opener behind 127 rushing yards from quarterback Ryan McKenna and three touchdowns from RB Nick Bankey. (BOX SCORE)

The Sentinels canceled their first two games after positive COVID-19 cases within the program spurred contact tracing, including what would have been its season-opener against Gig Harbor on Friday.

The Titans showed flashes of offensive spark, highlighted by Tobias Merriweather’s touchdowns of 65 and 12 yards, but the O’Dea front proved to be too much.

Lost to a short-manned No. 20 Eastside Catholic on the road. (READ MORE)

If it ain’t broke … Rushing the ball 60 of 61 plays from scrimmage, the Wolverines thumped perennial playoff team Peninsula — No. 38 in SBLive’s Top 50 countdown — behind 445 yards of total offense. (READ MORE)

Opened the season with a 3A Mid-Columbia Conference win over Walla Walla on the road. (Read the Walla Walla Union-Bulletin’s recap)

Brought its rushing attack on the road and scored seven touchdowns on the ground to beat Moses Lake on Saturday for head coach Tom Bainter’s 200th career win.

Defeated Skyline on the road to open the season.

The Bears dropped its season opener to Columbia Basin Big 9 opponent Eastmont on the road.

A reloaded Bombers group expected to compete for a Mid-Columbia Conference title opened the season with a bang, shutting out conference opponent Pasco.

After learning they would be down 24 players (10 starters) due to COVID-19 contact tracing the night before the game, the Crusaders rallied to win behind remote play-calling and a solid start from junior QB Brady McKelheer. (READ MORE)

Thrashed Federal Way, 51-0 in its season opener at home.

Hopped up to a 46-3 halftime lead en route to a season-opening win against its Oregon-based Mid-Columbia Conference foe.

The T-Birds gave up a touchdown on the first drive, then kicked into gear and didn’t look back. (Read The Olympian’s recap)

Opened the season with a 54-0 win against Cheney on the road.

Started the season strong by thrashing the 3A Wesco – South opponent at home.