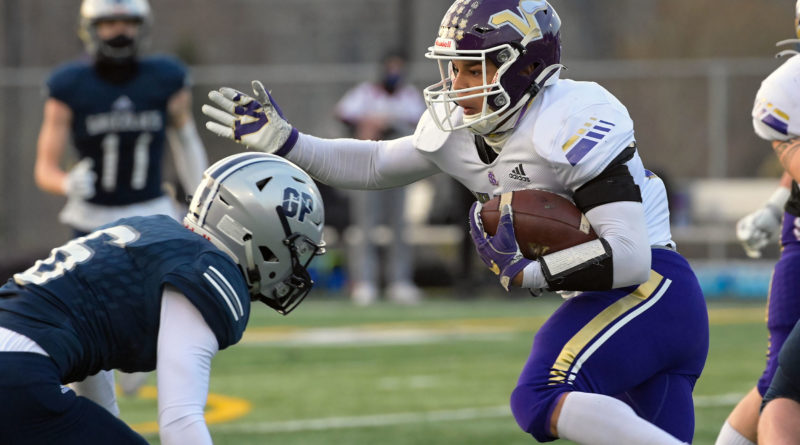 SBLive is previewing the Top 50 high school teams in Washington ahead of the fall 2021 season. Here’s an inside look at the Lake Stevens Vikings of the 4A Wesco – the No. 3 team in our countdown.

Tom Tri calls him “passionate and impulsive” – and that is what makes him a playmaking ball hawk in the team’s “Viking” hybrid role.

All signs point to him not only taking over the Gabe Ramsey’s old slot role, but becoming a breakout pass-catching star in this offense.

Been limited by an offseason knee ailment, but this is his backfield to lead (including little brother, Jayshon) – and produce big plays from.

Tom Tri and his Lake Stevens squad has had no issues solving the 4A Wesco.

But winning a state championship? That is another matter.

Sooner or later, a program with this kind of track record – this level of talent – is bound to break through. Maybe this is their season.

After all, they claimed their inaugural Lakewood Passing Challenge 7-on-7 tournament to close out summer activities, flashing a group of well-schooled and vastly-skilled players (and they did not even have tailback Jayden Limar with them that day).

Normally, pundits would not be so high on a team that graduated eight offensive starters, including all-4A Wesco first-team quarterback Tanner Jellison, and four of the five starting linemen.

But watch out for first-year starter Grayson Murren, who was such a good athlete backing up Jellison, he played some safety in last spring’s league championship game against Glacier Peak.

“He is under the radar right now,” Tri said. “But colleges will be on him. He is 6-foot-5 … and can reverse dunk. He is pretty nifty.”

Murren has all the weapons he needs to move the ball – Limar as a big-play threat out of the backfield. The junior is so good – eight of his 11 FBS offers have come from Pacific-12 Conference programs.

Out wide, captain Drew Carter could lead the league in receptions – and interceptions from his rover spot. Trayce Hanks has seen enough time as a non-starter in the past – and now gets his chance to shine as a yards-after-catch playmaker out of the slot (and might see snaps at tailback, his old position). Colby Easterling and tight end Isaac Redford will also get their fair share of looks as well.

“I am still very cautiously optimistic,” Tri said. “But our skill guys are very talented.”

No player is more valuable on offense than returning center Grant Lynch. Not only will he anchor an inexperienced but talented group, he calls the snap cadence for the Vikings – something that position has been doing since 2008.

“He starts every play,” Tri said. “It gives the center an advantage, because he can step before he snaps.”