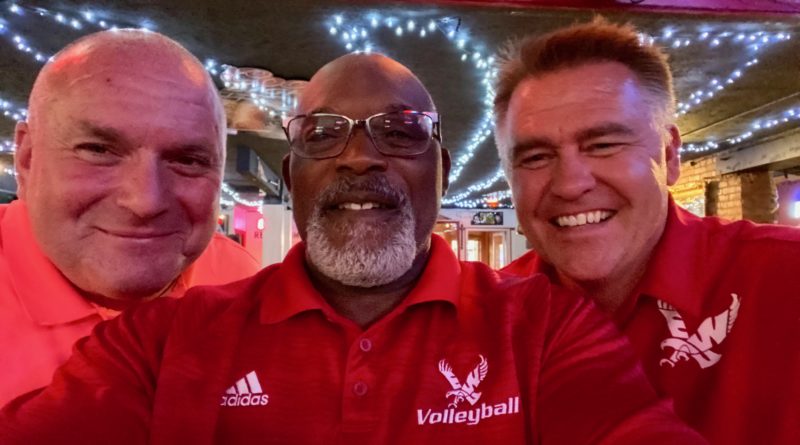 Dominic Yarrington, a head coach at five different high school football programs, died Saturday after a battle with COVID-19. He was 50.

“Dominic Yarrington lost his fight to Covid 19. He was a loyal Eastern WA Eagle and a great friend. Dom will be missed by all who knew him or played a round of golf with him,” Foster wrote.

A former wide receiver at Fife High School, Yarrington (on the right in the photo) got his start in coaching at Tyee High School in 1998 – staying one season before moving on to White River.

Four years later, he took the head job at Lindbergh – and had his best run of success in 2009 when the Eagles won 10 games, captured the 3A Seamount League title and reached the state quarterfinals for the only time in school history.

Yarrington also had short stints at West Seattle and Black Hills High Schools. In all, he went 52-52 in his 11 seasons at those schools.

In 2019, he returned to the sideline at Mount Tahoma as the offensive coordinator under Leon Hatch.