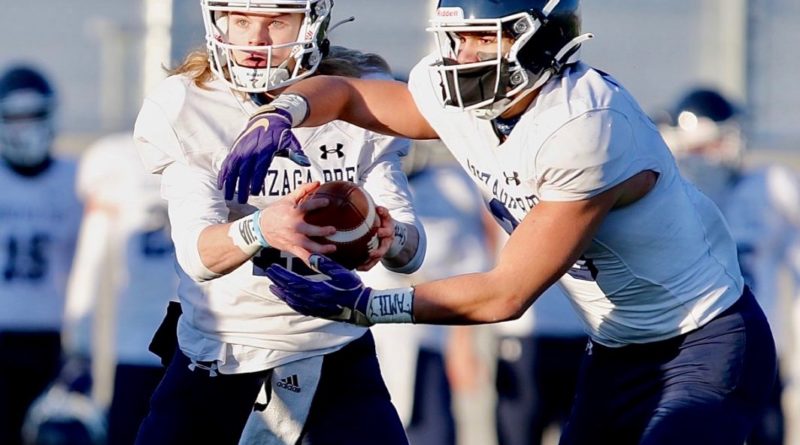 SBLive is previewing the Top 50 high school teams in Washington ahead of the fall 2021 season. Here’s an inside look at the Gonzaga Prep Bullpups of the 4A/3A Greater Spokane League – the No. 5 team in our countdown.

He’s one of the team’s most effective blockers, and will have an opportunity to become more of a runner with an increased workload after Jaden Ortega graduated and Robert Collier Jr. transferred.

He’s the triple-option maestro. The hard-nosed big-play threat added weight over the summer to give an even bigger burst. McKenna enters his third year as the starter, running an offense he excels in.

A returning all-league selection, this NCAA Division I prospect has a knack for blowing up blocking schemes, and is the leader of a grizzled defensive line.

They are a high-expectation program, in general. The Bullpups won a Class 4A championship in 2015.

“I won’t underestimate us at all,” Gonzaga Prep coach Dave McKenna said. “We want to be No. 1 seed for the playoffs.”

That’s what makes the Bullpups so captivating, despite how much they must replace.

It helps to bring back third-year quarterback Ryan McKenna, a bruising running threat with breakaway speed. Also a standout hockey player, he aimed to put on weight over the summer to be able to handle a higher number of rushing attempts.

All he takes for him is to see a small opening to produce a big play.

The biggest question mark exists on the offensive line, which graduated all five starters. They won’t need overwhelming size up front to pave the way for a triple-option rush attack, but offensive coordinator Bob Casano is tasked with crafting sound blocking schemes for a new group.

Other starting spots are up for grab on offense: Junior wide receiver Bo Howell and senior Dylan O’Keefe have impressed at camp, and running back Nick Bankey – lauded for his blocking abilities – will shoulder more carries as he steps steps in for Jaden Ortega.

The Bullpups’ strength is their defense.

The unit’s best player is hulking edge rusher Kaz Melzer, who leads a defensive line that returns every starter from the shortened spring season, including Ephraim Watkins and Luke Miller, and roving senior Luciano Reynolds, who can play at all levels.

“Defense wins titles,” McKenna said. “And our ‘D’ could be really good.”