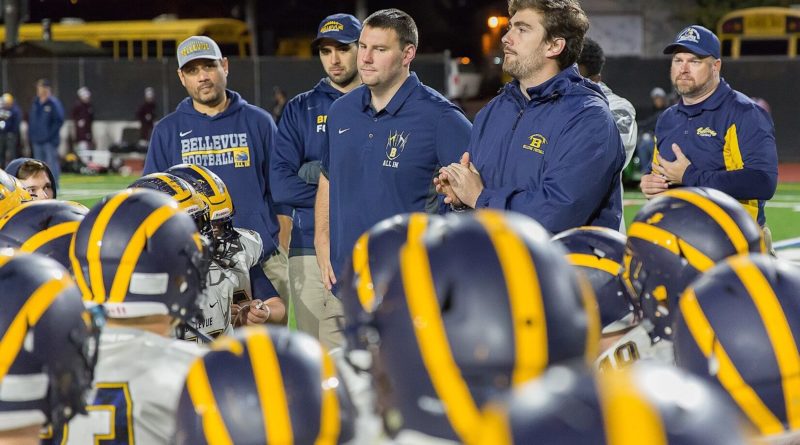 SBLive is previewing the Top 50 high school teams in Washington ahead of the fall 2021 season. Here’s an inside look at the Bellevue Wolverines of the 3A KingCo Conference – the No. 9 team in our countdown.

One of the more electric pure athletes to come through Bellevue in recent years. That’s why in addition to being the team’s lockdown cornerback, he’ll slide into the “Budda Baker spot” – more safety, and wingback on offense.

His speed and athleticism gives run-heavy Bellevue a dangerous option downfield (he proved that in four starts last spring as a ninth grader). Also has the length and speed to flourish at outside linebacker (40 tackles in spring).

If, at 5-7, 190, he doesn’t raise eyebrows stepping off the team bus – more consideration after he rushed for 950 yards and five touchdowns in four games as a junior? Wang has a deep understanding of how to be successful in the Wing-T.

It takes the right preparation and execution to carry out Bellevue’s Wing-T offense. It also helps to have the right personnel.

Bellevue believes it has exactly that.

Oh, and 15 starters from a team that went 3-1 in the spring, including two legitimate Power-5 prospects, two three-year starters on the line in Peter Netelenbos and Elliott Hamilton in addition to Kruger.

“This is, by far, the best defense we’ve had,” since I took over, Kneip said.

RELATED: Bellevue No. 4 in SBLive’s 3A preseason rankings

Kneip was a part of four consecutive state titles playing under former coach Butch Goncharoff during Bellevue’s long, now infamous run atop 3A. Since he took over the program in 2018, the Wolverines may not consistently boast star-studded players, but they have certainly not dropped off. He’s mounted two consecutive playoff seasons, including a state semifinal run in his debut season.

The Wolverines have challenged themselves in their non-league schedule in recent years, and this fall is no different. Bellevue will have played two perennial playoff teams in Peninsula and Lincoln, as well as Kentwood on the road before it plays its first 4A KingCo game.

That’s where having speed like Daniels on both sides of the ball helps.

“We haven’t had a player like (Daniels) in a long time,” said Kneip, who described the three-star cornerback (per 247 Sports) as “electric.”

Returning six experienced guys on the offensive line can only help, too, especially since Bellevue will be breaking in a new quarterback to replace Bryson Sleeper (junior Cam Sleeper and sophomore Lucas Razore are the battling for the starting job).

Is this the year Bellevue reasserts itself as a title contender after it won nine 3A titles in 11 years? (Not including the two vacated titles in 2012 and 2013)

“Our kids believe for the first time that I’ve been back that they can win a title,” Kneip said. “They think they’re at par with those top programs.”