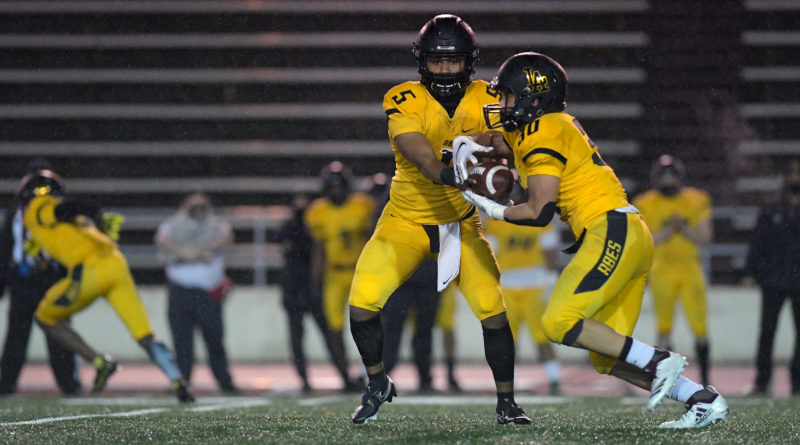 SBLive is previewing the Top 50 high school teams in Washington ahead of the fall 2021 season. Here’s an inside look at the Lincoln Abes of the 3A Pierce County League – the No. 15 team in our countdown.

University of Washington commit has tight-end size with Power-5 recruit strength and athleticism, giving dual-threat quarterback Gabarri Johnson yet another elite option down the field.

Four-star dual-threat flashed breathtaking playmaking abilities in his first year starting as a sophomore and followed it up with a productive summer. High-ceiling producer in line for big fall.

Few edge rushers can match the size, strength and burst of this five-star prospect – the No. 1 recruit in Washington in the 2023 class. Also look for him to be more involved in short passing game.

The question has never been if the Abes will put the pieces together, but when.

After suffering a surprising, emphatic season-opening loss to eventual 3A PCL champion Spanaway Lake in the spring, star-studded yet inexperienced Lincoln went back to the drawing board.

After a 3A state semifinal run in 2019, Lincoln is still in the hunt to win the city’s first state title since 1980. After a string of recent success, the Abes are trending in that direction.

They enter the fall season returning half their starting lineup, which includes three high-major prospects in Jayden Wayne, Gabarri Johnson and UW commit Chance Bogan. But coach Masaki Matsumoto is the first to say no team can get by on talent alone.

“It’s not just about talent,” Matsumoto said. “We’ve got to put it together, play as a team, buy in and that’s the message I hope they understand.”

The catalyst to the Abes’ offense is Johnson, a four-star dual-threat junior who stepped into the starting role as a sophomore and progressed into a game-changing playmaker late in the year.

“Just maturity-wise, grew up a lot,” Matsumoto said. “We really pushed him, held him accountable … there were some up and downs, growing pains and came out better for it. Once we started spring summer football, he was a different person, being more assertive.”

He has Wayne – the top in-state recruit in 2023 – and Bogan, along with a strong crop of other skill players, at his disposal.

The trenches are where the Abes have the most continuity, returning several starters, including two-way standout Tua Tauiliili, and quality depth.