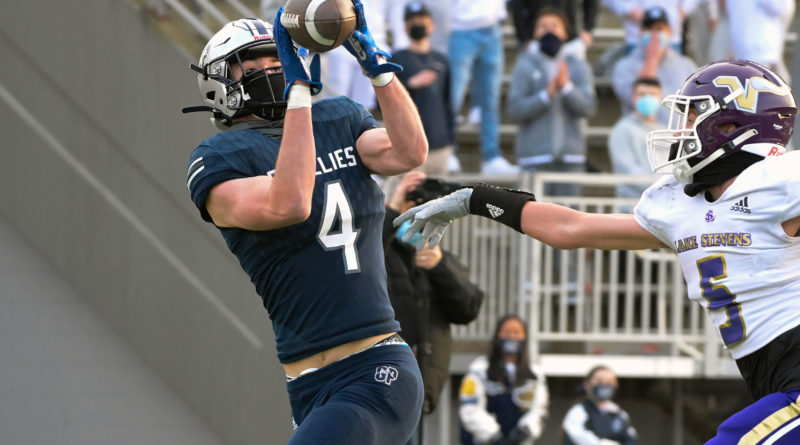 SBLive is previewing the Top 50 high school teams in Washington ahead of the fall 2021 season. Here’s an inside look at the Glacier Peak Grizzlies of the 4A Wesco – the No. 16 team in our countdown.

Came into the program as a quarterback, but fourth-year starter is secondary’s emotional leader, most consistent contributor.

One of the team’s strengths is this offensive line – and this three-year starter (and three-sport standout) keeps everybody set and calm.

Grizzlies will do everything they can to isolate emerging D1 prospect in mismatch situation – either down the seam or outside the hashes.

Last spring, Glacier Peak stuck to a simple plan: Hand the football off to running back Ryan Black and watch him do his thing.

It produced an all-state campaign – 885 yards and 11 touchdowns – and nearly 1,000 total yards from scrimmage.

That starts with the Grizzlies’ most visible recruit statewide in junior Cooper Jensen, who will be a full-time starter on both sides of the ball.

“What he’s shown in camp at defensive end was very exciting – he is a long, fast and very physical player,” Glacier Peak coach Shane Keck said. “On the offensive side, we should play him more at tight end to get him used to playing in the box. … but he’s as fast as most high-school receivers.”

And while Jadon Claps, Ashton Olson and Torrey Watkins will give whoever emerges from the quarterback battle more passing-game options, the Grizzlies have an intriguing transfer in Trey Leckner, who is expected to see time at a number of positions (WR/OLB/S and maybe even RB). Keck thinks once he could evolve into a lower-level Pacific-12 Conference recruit.

“He is such a big, strong athlete,” Keck said.

Unlike last spring when senior Tyson Lang, a walk-on at the University of Washington, was the starting quarterback – the Grizzlies have two viable candidates.

River Lien finished second behind Lincoln’s Gabarri Johnson in the Northwest 9 Showcase underclassman division earlier this month – and has the buzz. But Caleb Koffler is a senior, and has been a consistent performer all summer.

“They are neck and neck, and I am super confident both can win games for us,” Keck said.