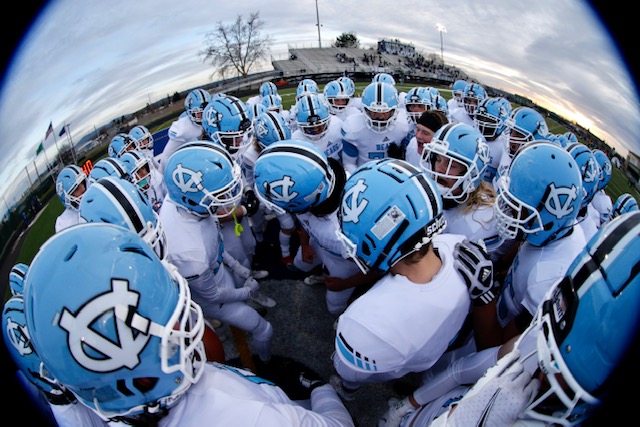 SBLive is previewing the Top 50 high school teams in Washington ahead of the fall 2021 season. Here’s an inside look at the Central Valley Bears of the 4A/3A Greater Spokane League – the No. 17 team in our countdown.

He can do it in the offseason (back-to-back top-five Northwest 9 finishes) – and during the season, too (1,500 passing yards in spring).

His best position is cornerback, but with bulk of receiving corps gone via graduation, his pass-catching role will grow significantly.

A national storyline from all-GSL first-team campaign two years ago to comeback from amputated leg (cancer) – and set to take field.

Central Valley has not been to the state playoffs since its run to the final four in 2017.

That is a travesty given the fact the Bears have easily been one of the 16 best 4A squads in the state the past few years, only to get squeezed out because of limited postseason berths out of the GSL.

Make no mistake, they are as good as ever, and have a luxury few 4A contender have this fall – a high-production returning starting quarterback.

If you don’t know who senior Luke Abshire is by now – he has arguably the strongest arm in the state. He’s also got the on-field acumen to match that.

“He’s one of the best leaders I’ve ever seen in this program,” Central Valley coach Ryan Butner said. “He’s just so natural at that position – and he’s gotten so much better in the past few months.”

That should be unsettling news to the rest of the GSL.

But there’s another Abshire starting in the Bears’ backfield: Zac, a junior, who gets the nod at tailback.

“Halfway through last year as a sophomore, it clicked for him,” Butner said. “The speed with which he ran, and the force – all of that changed.”

And yet, the strength of this team collectively is in the front seven of its defense, which led the league last spring in total defense.

This will be the second season the Bears operate out a 3-4 look – with noseguard George Sonko anchoring the defensive line in the middle, flaked by Joe Pitts and Rodney Minette on the edges.

The Bears are loaded at linebacker, paced by all-GSL second-teamer Trevor Gravelle on the inside. And then there is the surprise addition.

In 2019, sophomore Brandon Thomas was arguably the team’s top defender at linebacker. But shortly after that season ended, doctors discovered cancer in his leg – and it was amputated.

This summer, Thomas – on a prosthetic leg – has not only been cleared to resume football, he is expected to see meaningful playing time.

“He does not look like he’s missed a beat,” Butner said. “He brings so much energy, leadership and passion to our entire team.”