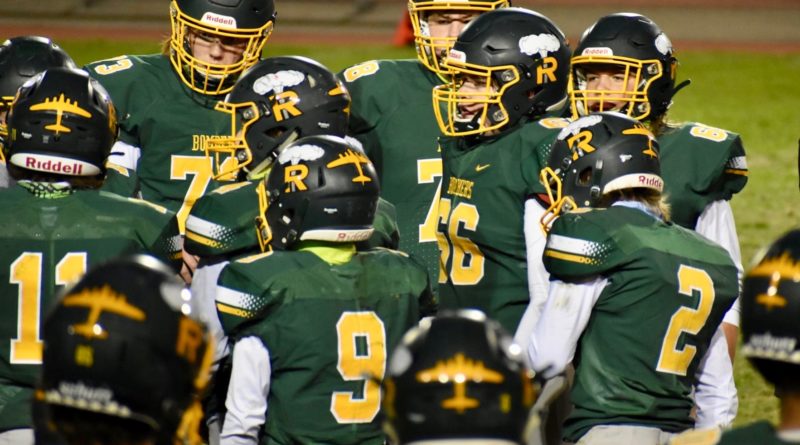 SBLive is previewing the Top 50 high school teams in Washington ahead of the fall 2021 season. Here’s an inside look at the Richland Bombers of the 4A/3A Mid-Columbia Conference – the No. 18 team in our countdown.

Captain of the defense, he’s fearless and physical enough to play in the second level – or closer – and deliver big sticks on ball carriers.

Took over in third game last spring – and offense took off, averaging nearly 600 yards and 28 first downs over next three games.

Two-way, all-MCC first teamer (DE, too) leads tailback duo that is one of the best the Bombers have had in recent memory.

It’s been a while since things felt anywhere close to normal for coach Mike Niedhold and the Richland Bombers.

The Bombers were one season removed from being crowned Class 4A champions after defeating Woodinville in the state finals.

In the months that followed, the program suffered the tragic loss of a key player. Richland suffered its first losing season in five years in 2019 (4-6). And then COVID-19 hit as the Bombers scrambled to finish 3-3 in the spring.

But with his heavy group of returners a year older, led by emerging dual-threat quarterback Cameron Kitchens – who did not begin last spring in the starting lineup – Niedhold sees the proverbial light at the end of dark two-year tunnel.

“We’ve kind of reset ourselves,” Niedhold said. “And we feel like this is our first normal season since the 2018 tournament when we got bounced out.”

Kitchens – who became the starting quarterback from the third game on – reminds Niedhold of past great Brian Edwards, a dual-threat standout from 1990.

“Cameron has the same type of timing knowing when to pull it and get out of town when a play breaks down, and when to keep it an extra second,” Niedhold said.

This summer, Kitchens toured different passing camps all over the country, including one at the Manning Passing Academy in Mississippi.

“The first thing I asked him was, ‘Were you overmatched?'” Niedhold said. “He is a humble kid. He said, ‘I wasn’t the best guy there, but I wasn’t the worst, by far – and I held my own.'”

Now with Josh Jelinek back calling offensive plays for Tom Moore, who resigned to move to Texas, this is an attack that should move the football, especially with Kitchens and running backs Elijah Rodriguez and Landon Charlton on the ground.

“We’re all back together,” Niedhold said. “No excuses now – we should be pretty good.”